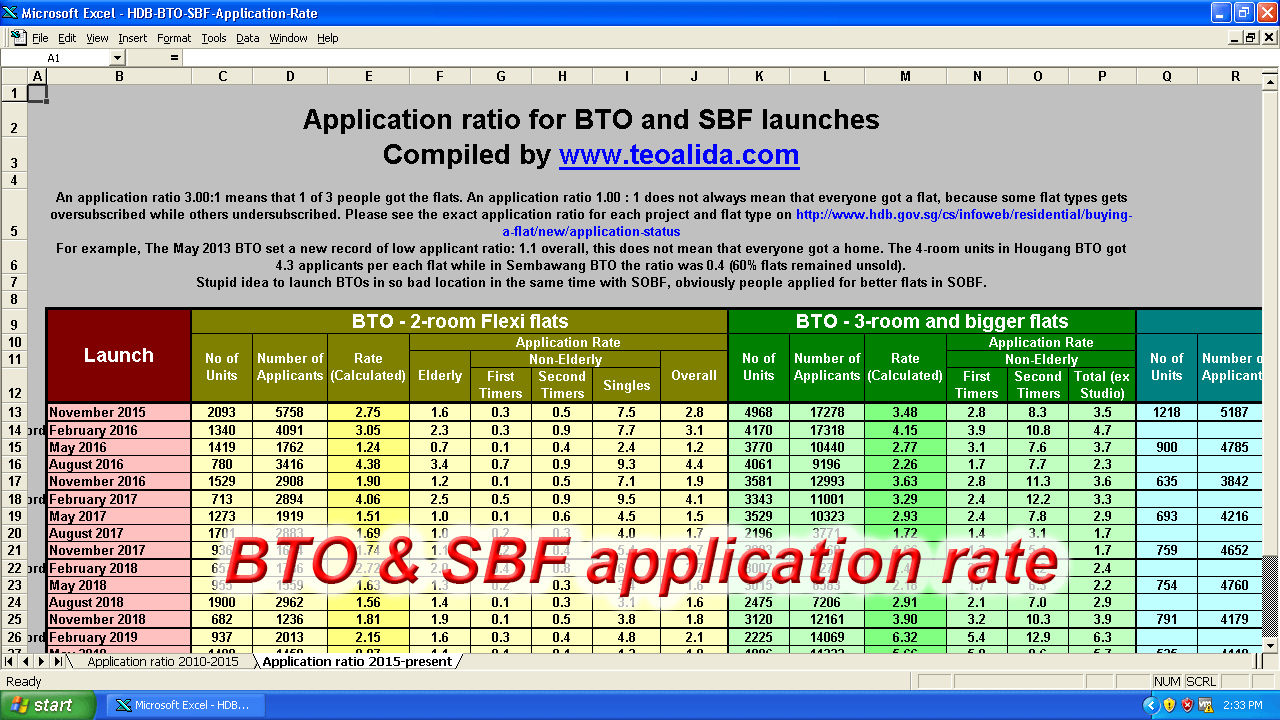 HDB InfoWeb Appliation Status page does provide the application rate for last BTO project and SBF, breakdown by flat type. I compiled an Excel table with a summary of application rate for every BTO and SBF launch from 2010 to present and offer it for free download together with HTML pages. 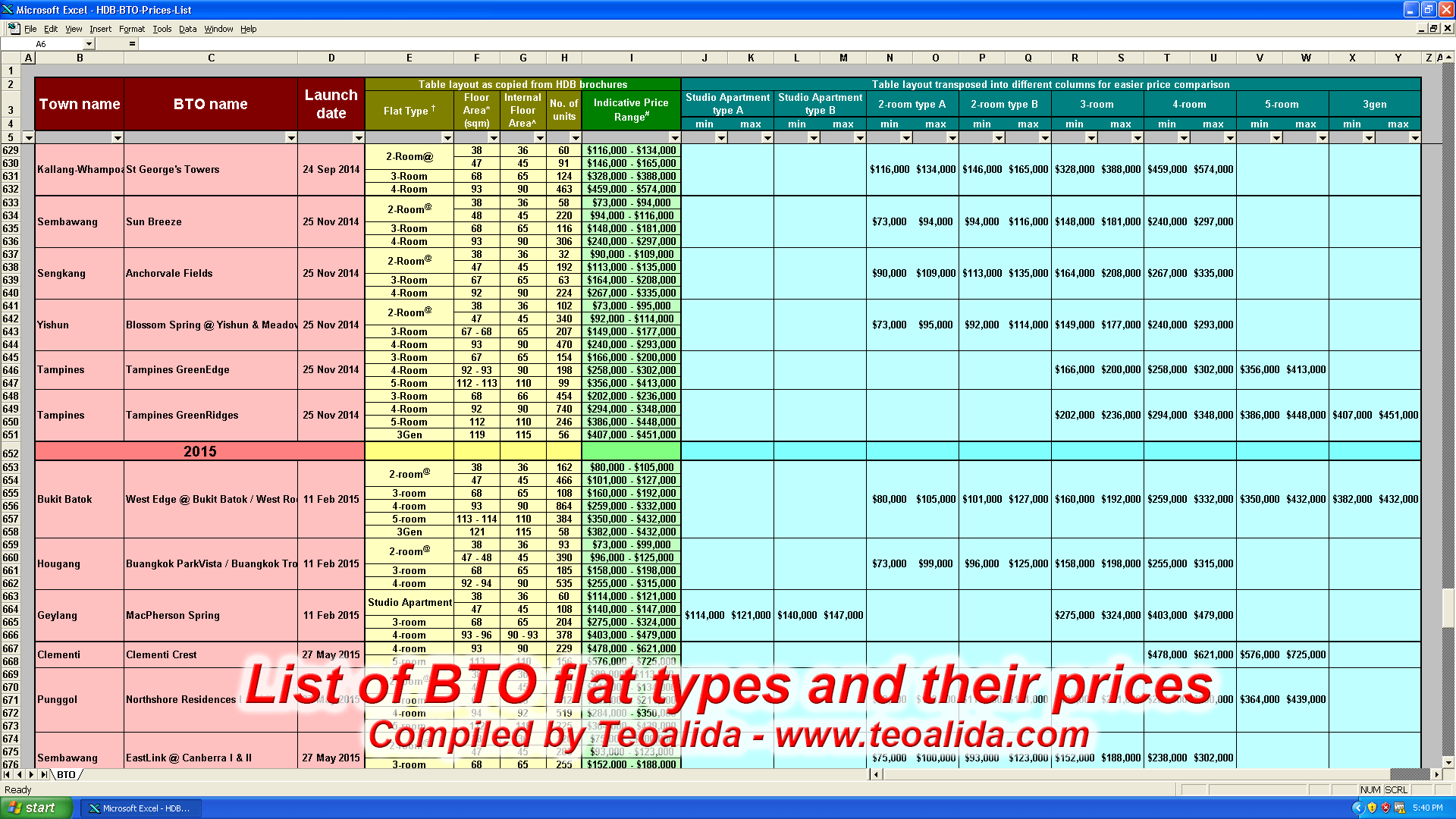 Have you ever wondered what were the HDB flat prices in the past, but have a hard time digging for prices around various news websites and forums? In 2016 I spent about 10 hours compiling selling price ranges of all BTO flats in one Excel database that you can download and compare flat prices by town, by flat type, etc. I update database with every BTO launch (usually every 3 months).