Before moving into architecture design in 2008, I also modeled few 3D car models in AutoCAD.
Interested to download AutoCAD .DWG 3D model file? Contact me and make a price offer!

You may say that these are Very Old Looking Vehicular Objects (VOLVO). Making curvy surfaces in AutoCAD is difficult, a lot or vertexes were manually calculated at the joints of curvy surfaces, the software do not allows to trim a 3D surface with another 3D surface, like how it allows trimming 2D objects. Or maybe… I also like VOLVO cars? 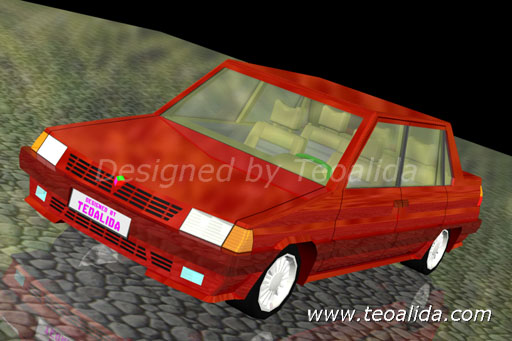 I started designing 3D car models in AutoCAD in 2000, when I was 11 year old, but the first ones were boxy and really bad, does not worth to publish them on website.

I enjoy making perfect drawings, and because in replicating a real car, a perfect accuracy is impossible, I choose to design own car models to calculate myself optimal dimensions for each part of the car.

The car presented here was started in March 2006, when I decided to improve my 2004 square-ish car, being grown up I got more skilled, so I redesigned the lower half of exterior body. It was intended to be an early 1990s European average family car.

In July-August 2006 I worked hard and I redesigned all parts of the 2004 car, even the parts designed 4 months ago were redesigned.
I had a dream to have my own range of models designed by me, so started design more cars: one roadster, one microbus, one Japanese small hatchback, and one American 1970s muscle car over 5 meters long.

But this would waste my life, so I abandoned all except the first car model, now in 2 variants: sedan and station wagon, and during late 2006 and 2007 I added more and more improvements and details, for example the curved windows where made in November 2006 and dashboard in 2007.

Some little parts are still missing, maybe the dashboard must be further improved and mirrors should be added, even if I prefer video cameras. 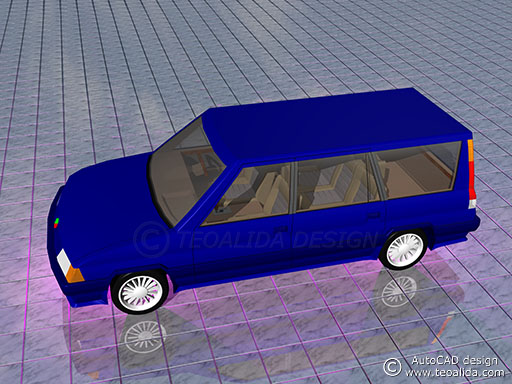 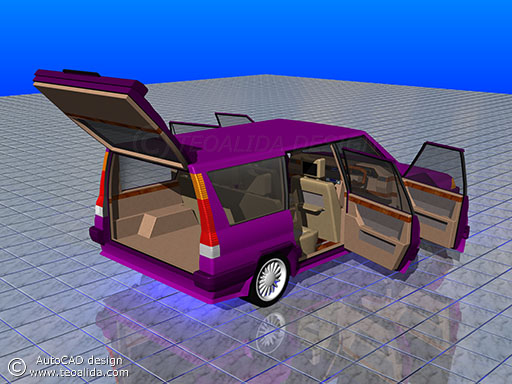 But in case if I need to buy a car, I will take more attention to technical part rather to aesthetics, so I will buy a BMW.

I designed many more AutoCAD cars in the past, but all were simple and cubish, maybe the situation could be better now if I had a chance to learn 3D Studio Max from childhood, from same age when I learned AutoCAD, because AutoCAD is definitely NOT a software suitable for designing cars!

From 2008 I am focused to architecture… 3D buildings can be designed much faster (in one day) due to square shapes and repetitive objects, and the renderings are more impressive than these cars (drew in about 2 months).

50+ house floor plans and 3D models designed by me from personal interest (artistic hobby / training) as well as for various customers. A mix of architectural design styles inspired from Singapore, Malaysia, Philippines, India, Europe, America and many others. I keep my past works here to offer ideas for students. View for free, pay and download AutoCAD DWG files. 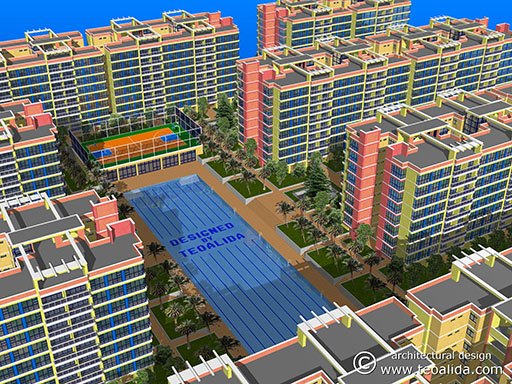 Apartment models designed by me

Here are my best designs made by me from personal interest (artistic hobby / training) as well as for various customers, from 2008 to around 2016 when I retired from architecture for more profitable IT industry. While I am not making new designs anymore, I have over 100 designs (editable AutoCAD DWG files) available for download.

My career as architectural designer and “Teoalida’s Virtual City”

I started self-studying architecture in 2008 and designed “Teoalida’s Virtual City”, originally a hobby of graphic design and 3D modeling in AutoCAD, but a fully functional housing system. Many people contacted me for architectural design services. But simply answering chats and emails, discuss project requirements to quote a price, is a waste of time if 90% never pay, only 10% have paid me and only after seeing (part of) work done. Once got paid, some customers were not satisfied or changed mind so I had to do changes (delaying me from doing other jobs) then I cannot sell same design to multiple people (like how I sell databases) because in architecture each customer have different requirements, making whole profession of architect a waste of time.

This article must be read by all students BEFORE choosing architecture universities, to understand what you should expect and not make same mistake like me! 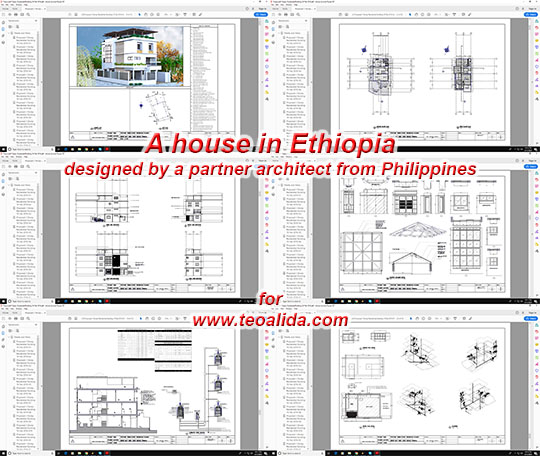 In 2012-2016 I designed myself houses and apartments for dozens customers. Currently I have a team of 5 architects, located in India, Nigeria, Philippines, Romania and United States, who offered to work for me if I am too busy, but seeing their high experience and cheap prices I decided to pass them ALL architectural projects, to free my time so I can focus on IT / data providing industry.

I can provide DWG file, 2D or 3D model of your HDB flat for only $40! And not just HDB floor plans. I can also design condo floor plans, house plans, etc. Contact me for anything that can be drafted in AutoCAD!