See first HDB floor plans (100 most common layouts) if you did not saw arleady. I created this additional page to post less common layouts found by me or contributed by people visiting my website, without overloading main page.

Bukit Batok West Avenue 5, blk 383-395 (Goodview Gardens, built 2005), probably identical with Farrer Park blk 11-15 (2004). 4-Room Model A, probably WORST HDB layout, space-wasting hallway to bedrooms which have a pointed shape. Very small living room, about 4×4 meters and I can’t imagine how to put a dining table, TV and sofa without having kids passing in front of sofa going to bedrooms. 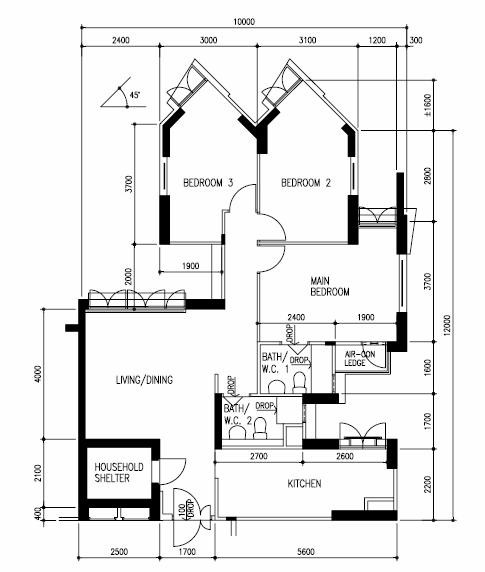 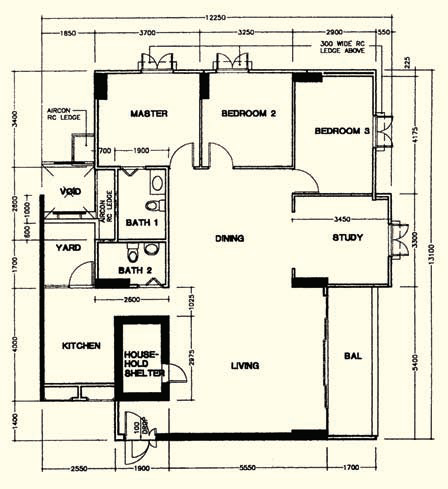 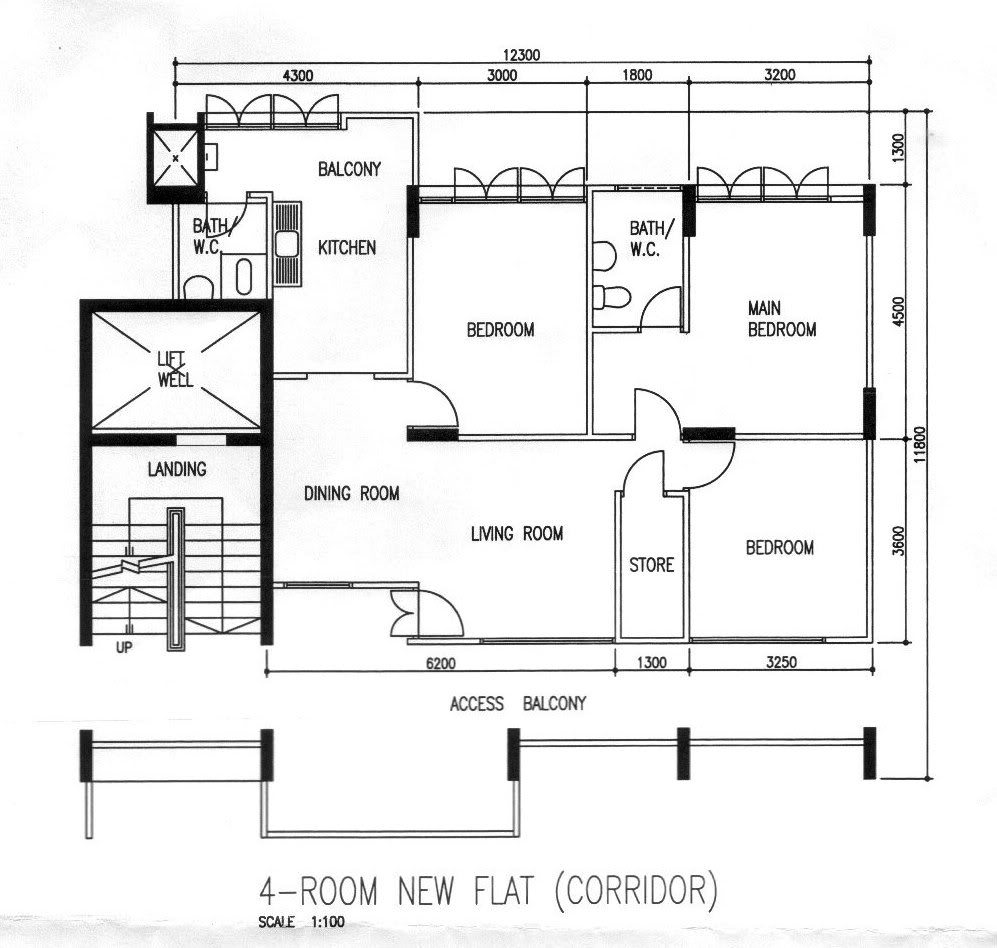 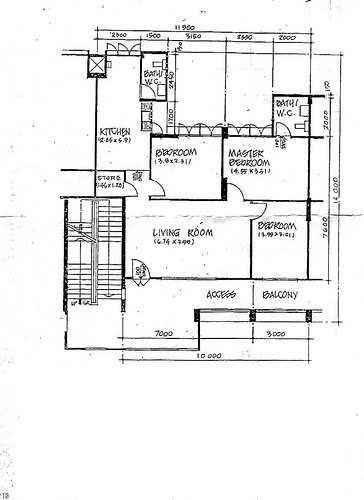 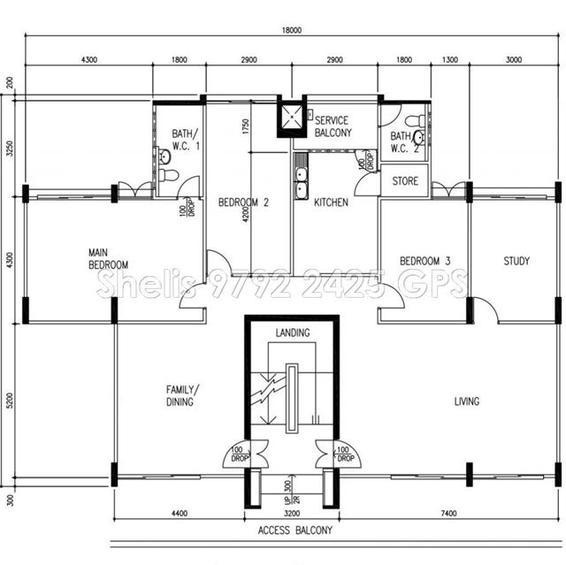 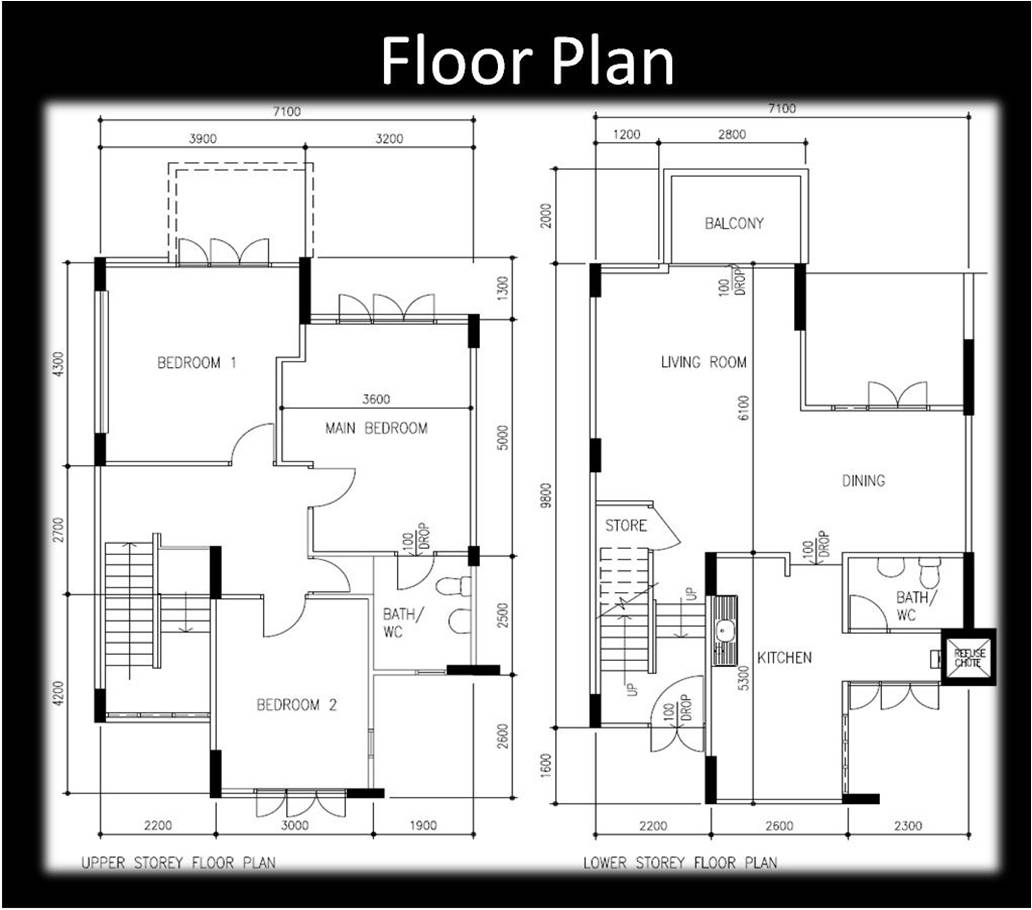 In Bishan there are 13 point blocks different than point blocks in other towns, featuring 5-Room Improved (121 sqm) and two types of Executive Maisonette (150 and 163 sqm) sharing top 3 floors. 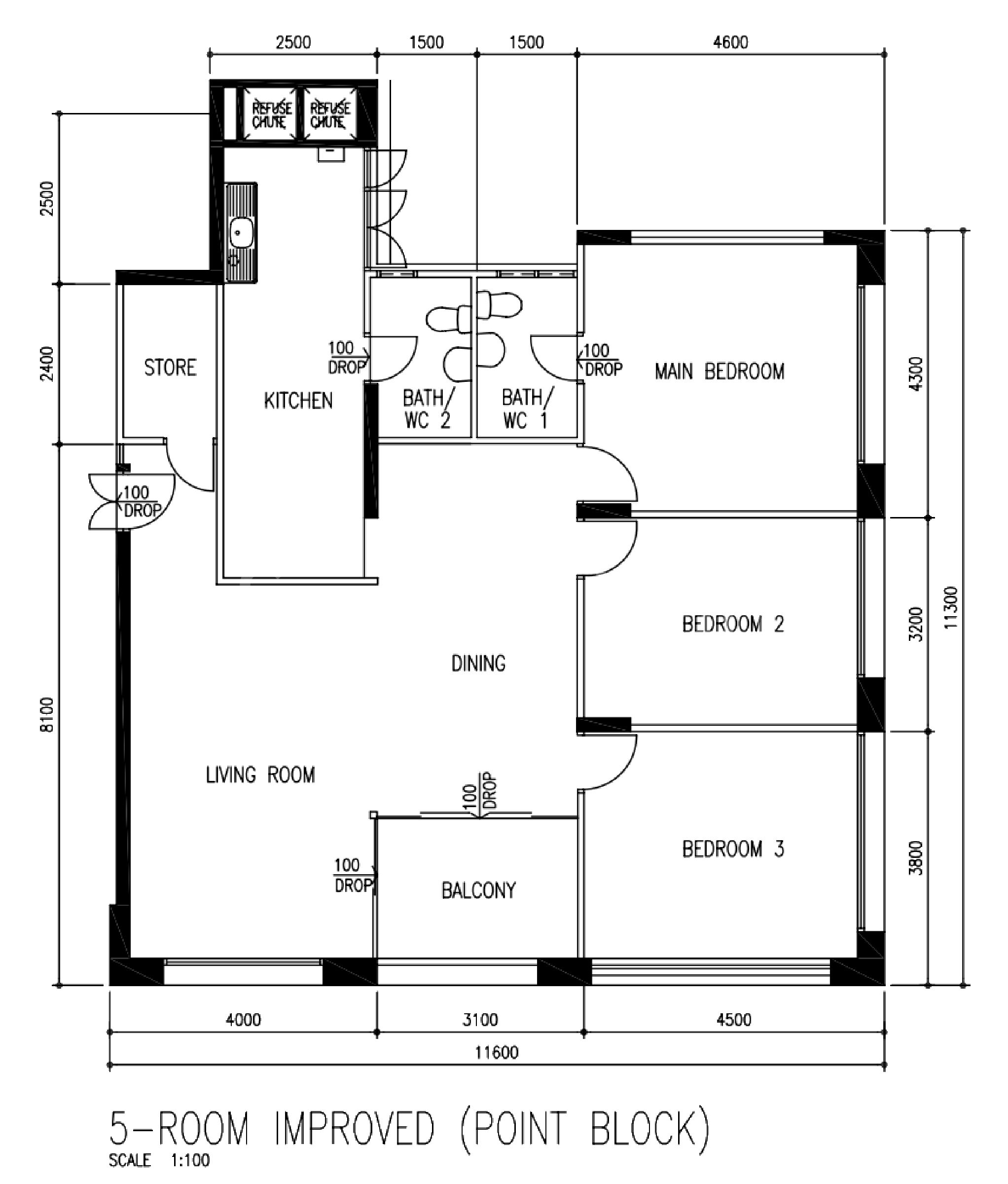 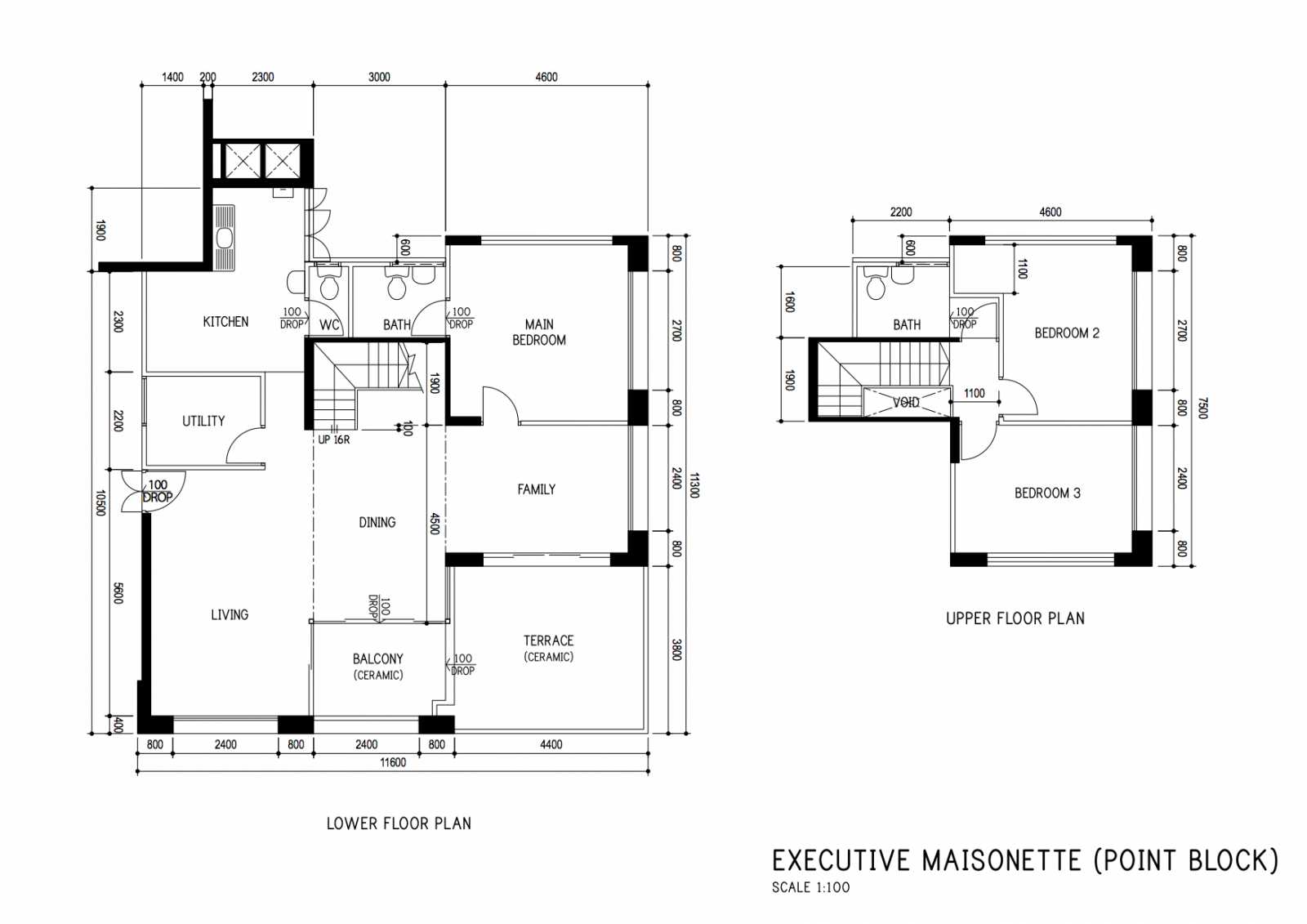 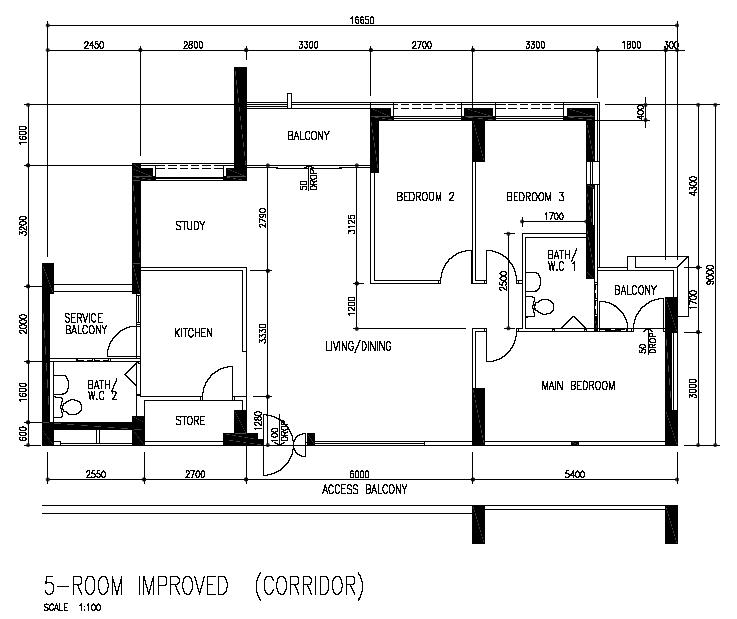 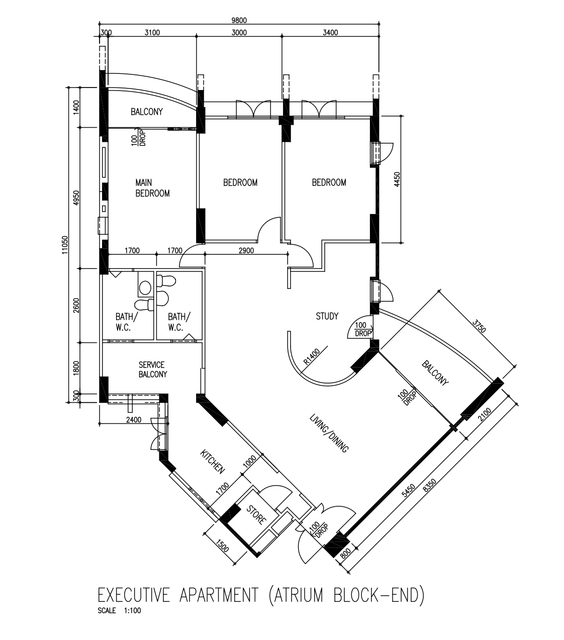 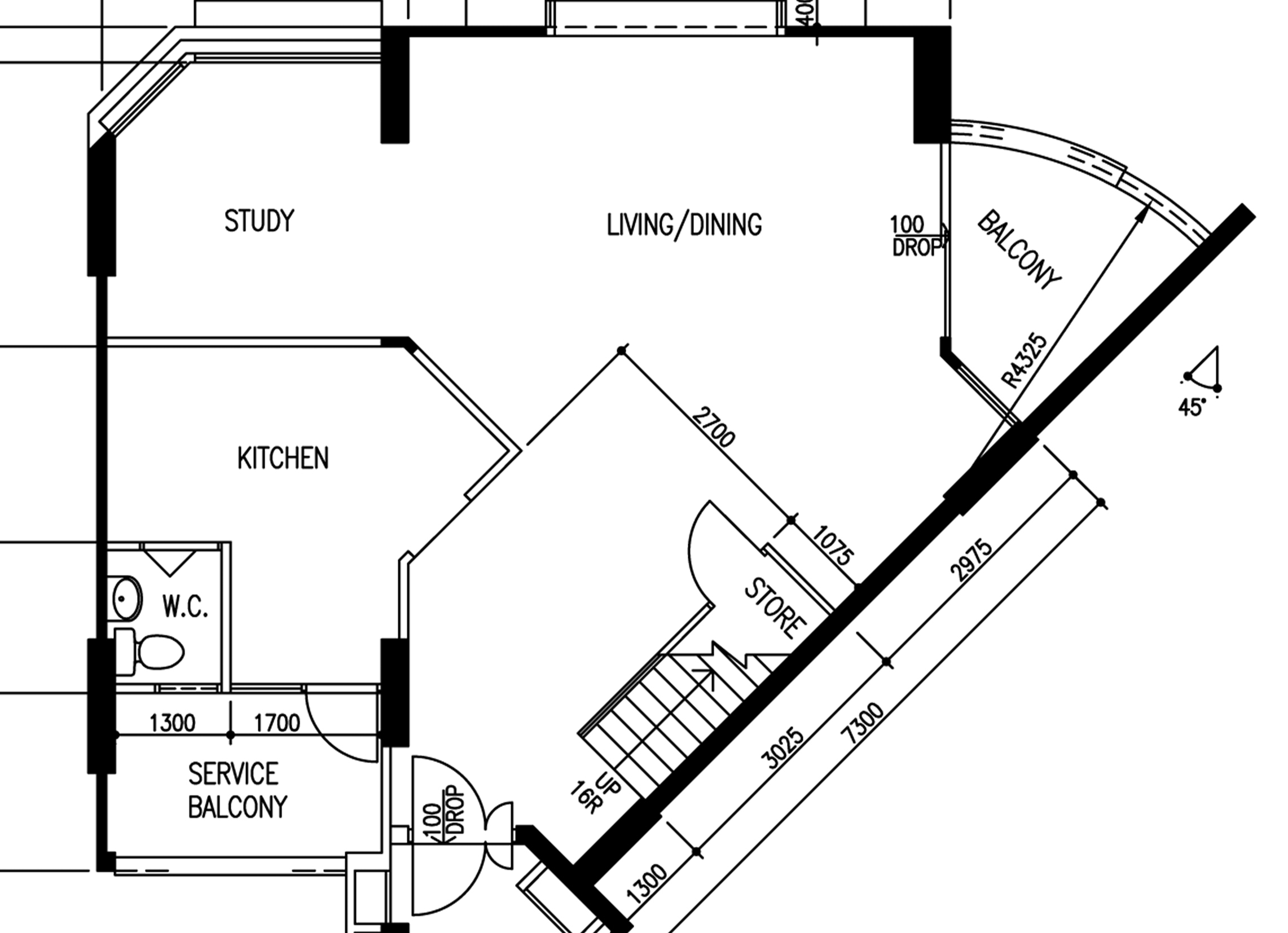 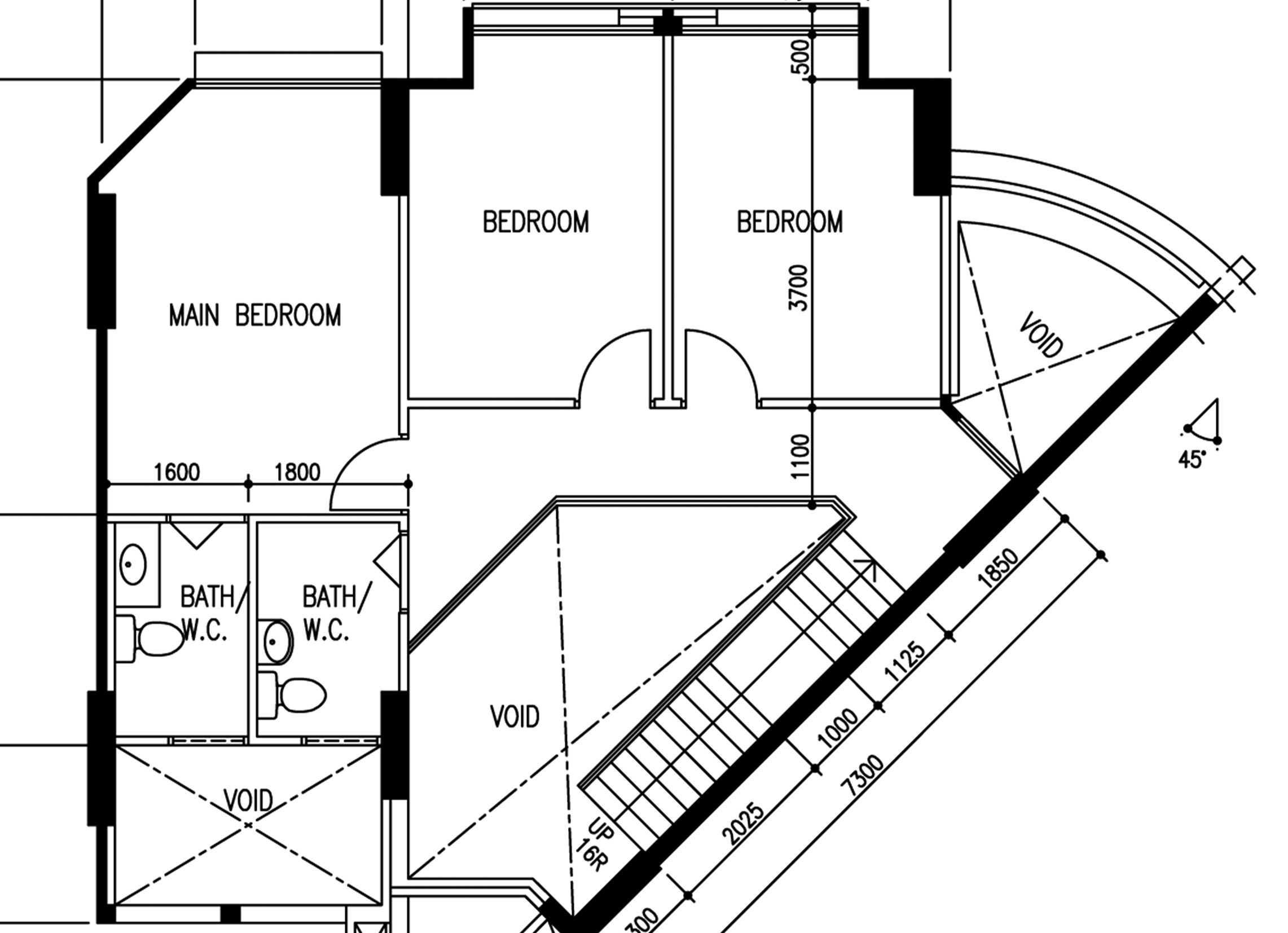 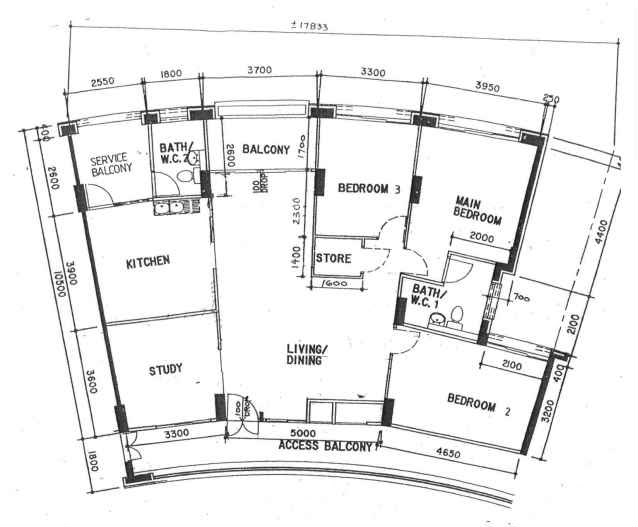 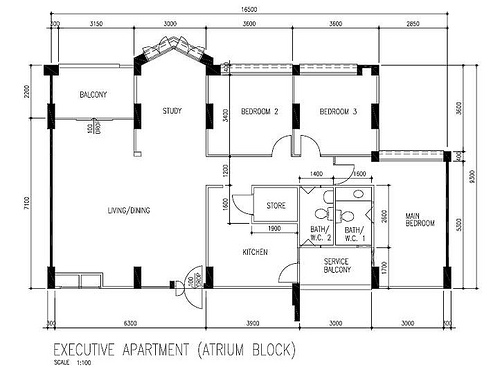 The only HDB flat type designated as 5-bedrooms, from Tampines blk 498! (other HDB flats may have 4 bedrooms + family which can be turned in 5 bedrooms too) 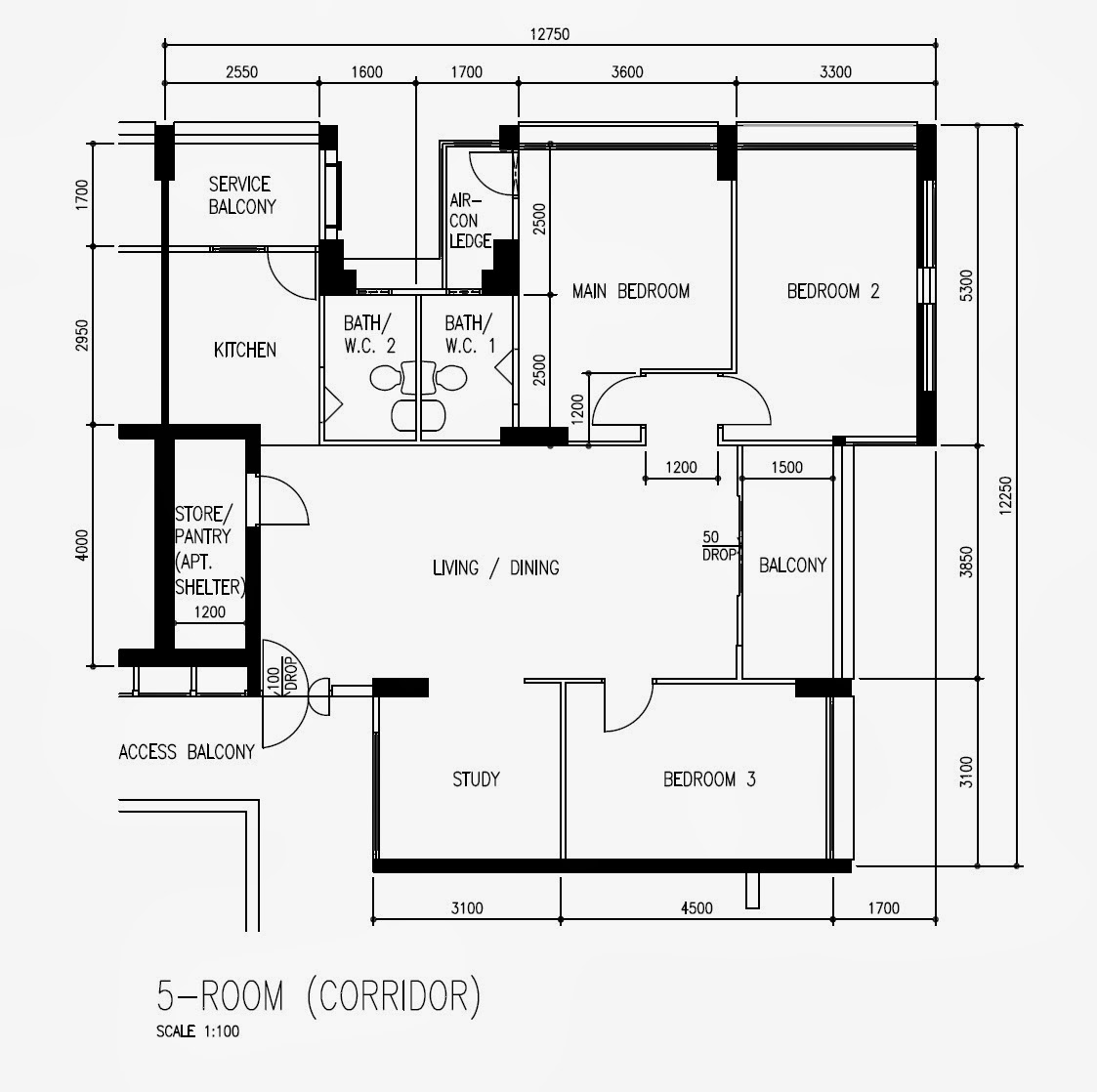 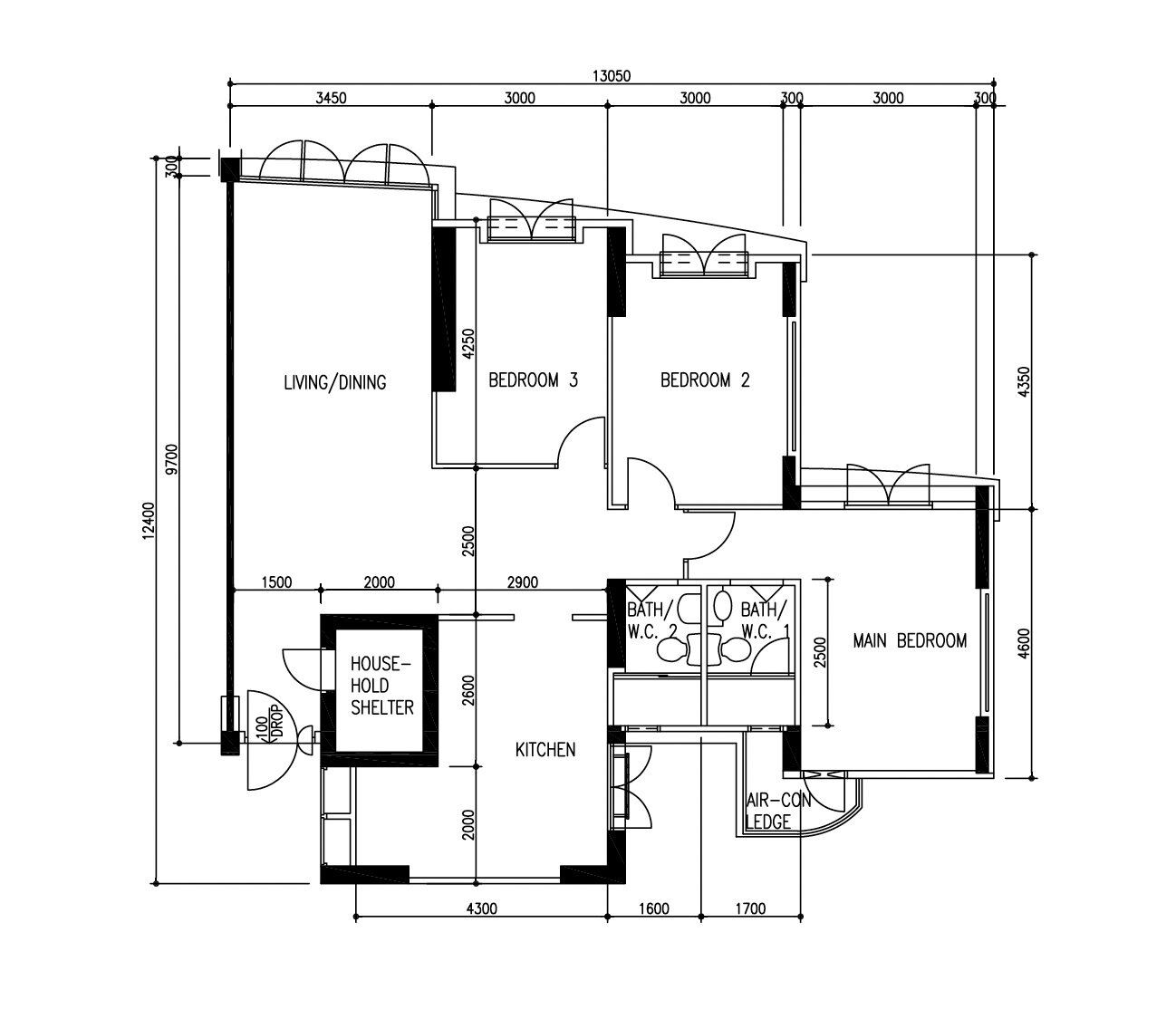 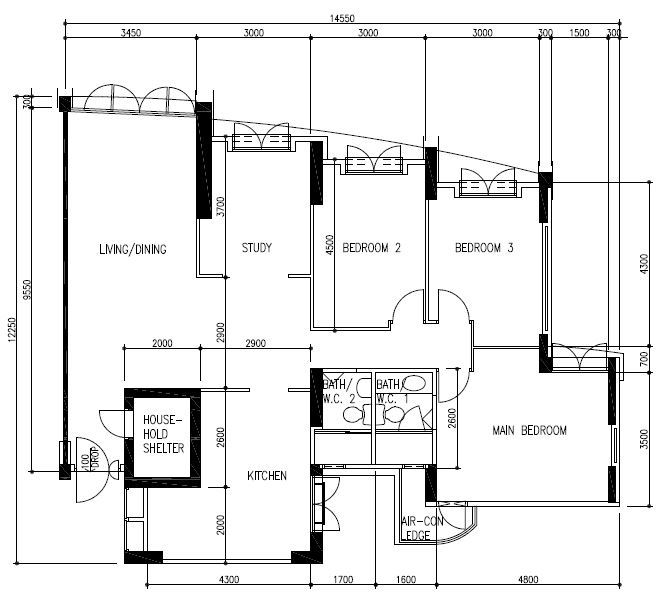 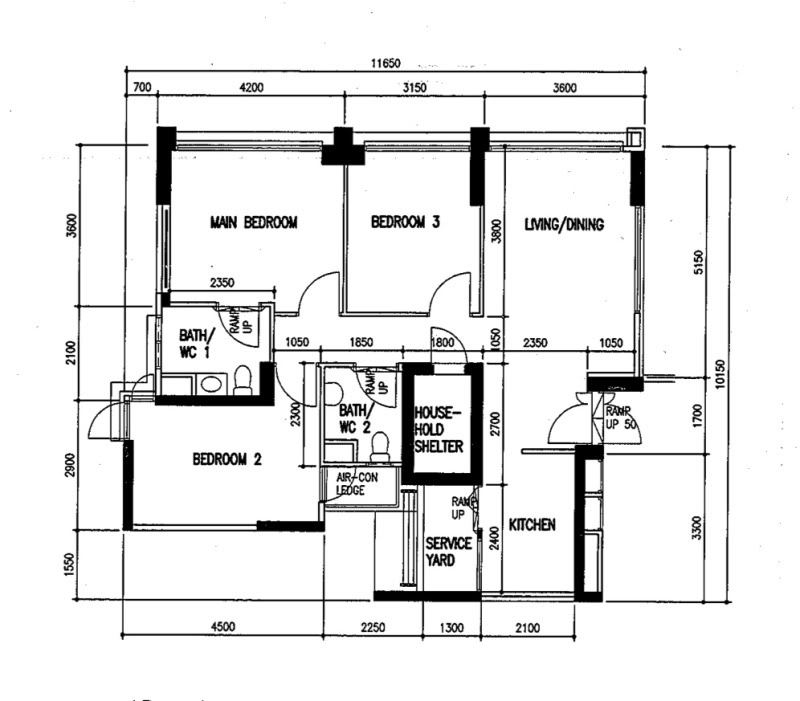 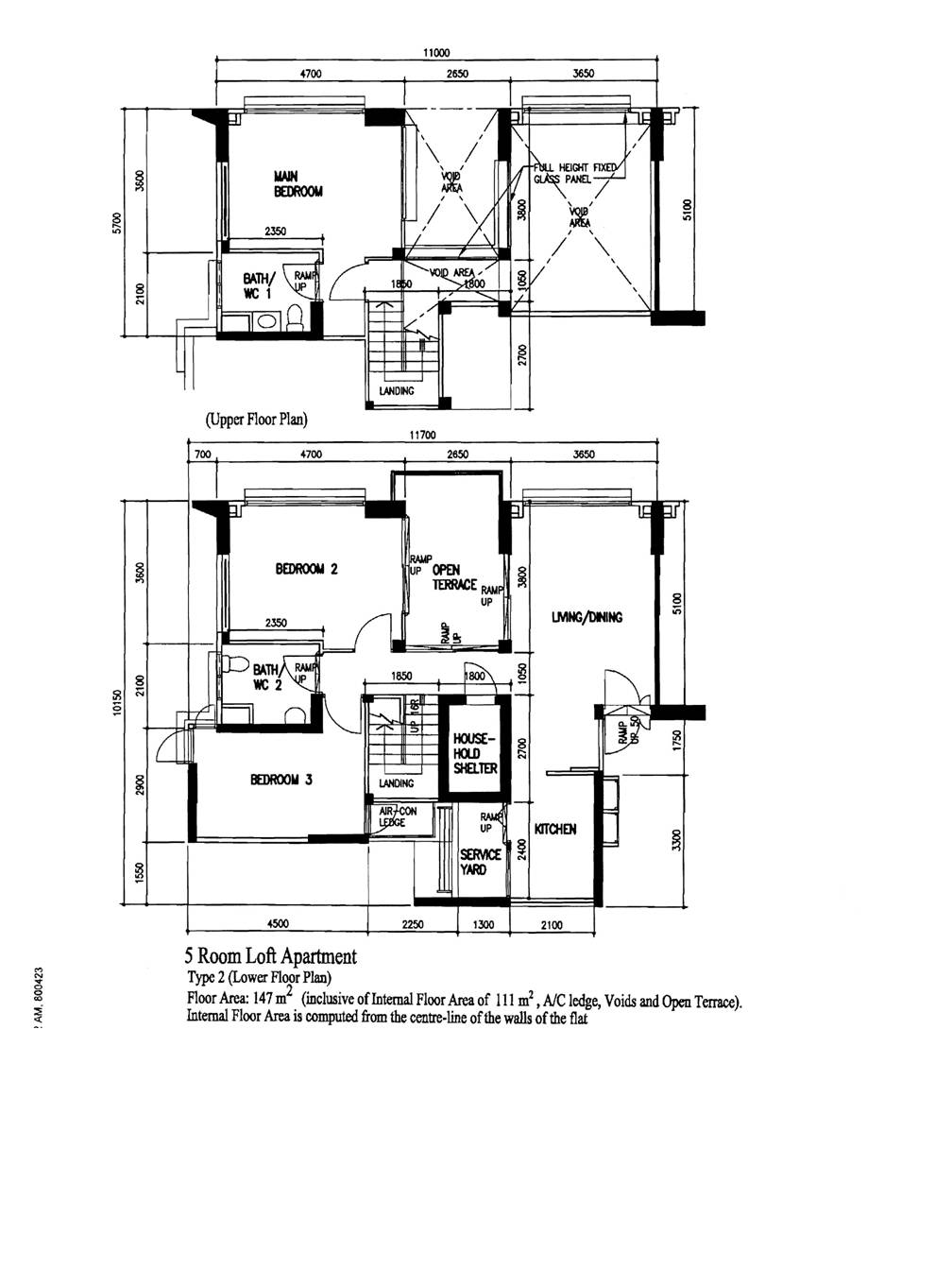 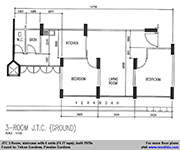 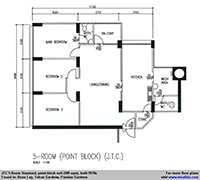 Anyone have a floor plan of the JTC 4-Room point blocks (zig-zag ones, las one demolished in 2013) and can give me?