If you are an architect and designing parking garages you may ask how big are the biggest cars. Biggest mass-produced cars are today in 5.1-5.3 meters range, such as Audi A8, BMW 7-Series, Jaguar XJ, Lexus LS, Mercedes S-Class. However, there are few even bigger cars produced in low numbers, some over 6 meters long, they are listed in this article.

Bugatti Royale hold several automobile superlatives, longest wheelbase in history, longest length for a car with just 2 rows of seats, and biggest engine in history: 12.8 litres straight-8 engine. Ettore Bugatti planned to build 25 cars, but due to 1930 Great Depression, Bugatti was able to sell only three of the six made.

Since 1960s to 1973 oil crisis, American full-size cars were in average 5.6-5.7 meters, but one car was much longer than others: Cadillac Series 70-75, being longest car in history with only 2 rows of seats. 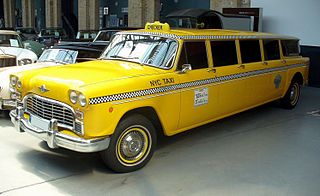 Checker Motors Corporation made the iconic American taxicabs, but also one of the weirdest cars in the world, Checker Aerobus, a 6-door and 8-door sedan and wagon. 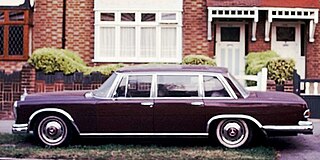 7-seat Pullman were also produced on W140 and W220 models, based on special orders for governments. Since the car is not available to purchase for public, exact dimensions are not known. 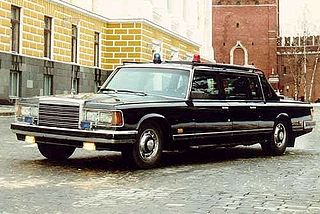 U.S.S.R. also produced one of the longest cars in the world, a limousine for communist government elite, ZIL 4014 with its 7-seat variant ZIL 41047.

Another Russian car over 6 meters length is GAZ Chaika, for lower-ranked government members.

Mercedes returned in 2002 with a car that had to compete with Rolls-Royce: Maybach 57 and 62, an oversized car considering that it did not had 3 rows of seats like other limousines such as Mercedes 600 Pullman.

Rolls-Royce Phantom (VII) launched in 2003 is the biggest British car.