I am concerned about car dimensions that grow over years, getting too big for our garages, I was always fascinated by small and basic cars, can such cars be produced in today world? This article shows the smallest cars with 4 seats.

Fiat 500 was the smallest car ever produced after World War II (as cube dimensions), although not the shortest. 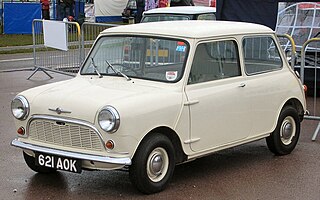 The british Mini was the only 4-seats car under 3.2 meter length that remained in production until end of 20th century… thanks to conservative British population. The new Mini made by BMW in 2001 is 60 cm longer.

Totally unknown by rest of world, Romania have produced Lastun, the shortest conventional 4-seat car in the world post-WW2 history, even shorter than Fiat 500 (except Isetta’s unconventional styling). Nicolae Ceauşescu attempted to create a very basic car that any Romanian can afford. After 1989 fall of communism, a prototype of a longer and improved Lastun was presented, but project was scrapped and car production was suspended due to very low quality.

My family owned a Lastun during 1990s, it was the only car we could afford in ravaged Romanian economy after 1989 fall of communism.

Don’t know if inspired by Romanian Lastun, or by Fiat Panda or Uno, USSR’s Kamaz factory launched a car in similar size and similar design in 1987, sold also under name Lada Oka. Surprisingly it remained in production until 2008. An electric version was also produced in 1989-1998 at special-order basis. 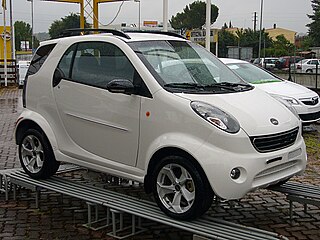 Shuanghuan Noble is a Chinese car sold in various European and Asian countries, it has generated controversies due to its similar styling to that of the Smart Fortwo, despite that it offer seating for 4 passengers. The rear seats provide enough room for two adults with plenty of space for their knees, although the low roof-line restricts headroom significantly. The rear seats can fold down to reveal a flat loading space, which otherwise is negligible. A full size spare wheel is housed under the rear seats. An electric version is sold under name Wheego Whip. 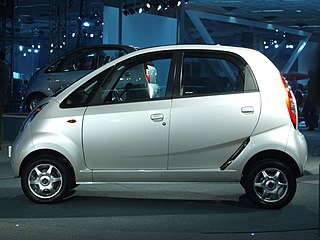 The Indian Tata Nano is not just a small car but also the cheapest car in the world. At initial launch it was only $1,500 USD. A very basic car to keep costs low, the rear engine is accessible only via interior as the car does not have tailgate.

A very big surprise to see a 4-seat car with less than 3 meters in the 21th century. Toyota iQ looks from outside like the 2-seat Smart but it does have 4 seats. Actually 3+1 seats because the seat behind driver do not have space for an adult. The car do not have any cargo space.