Note: models with low production numbers are excluded, thus the sales by make may not match total sales by model.

Source of data: carsalesbase.com and compiled in Excel by me for easy use in your projects. I discovered this website in late 2016 and I was thinking whenever worth making a database of car sales figures. I wrote about this in “Possible upcoming projects”, and in March 2017 someone was interested in this project, so I started working. Took few hours to compile all data.

I update yearly in February when carsalesbase.com publish data for previous year. They also shows number of cars sold by month, but number of people interested in such data is too small to justify my effort to update monthly. So I included only yearly sales.

Note for 2020 updates: carsalesbase.com did published US and China 2019 data near end-January 2020 and Europe data in February, but when I attempted to run scraper on it, it ran extremely slow (3 hours to scrap 269 pages and scraper was not able to load 20% pages = would have been faster to copy-paste manually). In mid-February website went completely down. Website returned online in March with a new design, but any car make I selected, I got redirected to a TEST page https://carsalesbase.com/test/ which have all makes mixed up in a single page, thus is impossible for a automated script right data into right cell. I made the update in May. 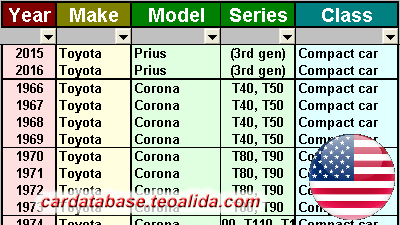 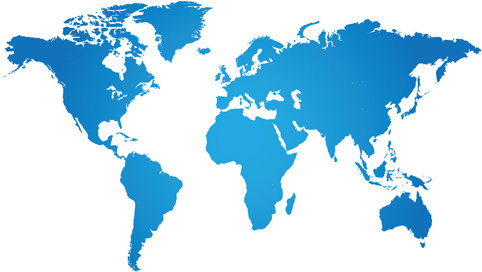 Worldwide list, with mentions for car sold in Europe and America.
1945-present
World 210+ brands, 6000+ models
Europe 170+ brands, 3300+ models
Simple dataset with make and model only, without engines or specifications

Worldwide list, with mentions for car sold in Europe and America.
1945-present
230+ brands
3700+ nameplates
Simple data set with make & model only, no engines or specifications 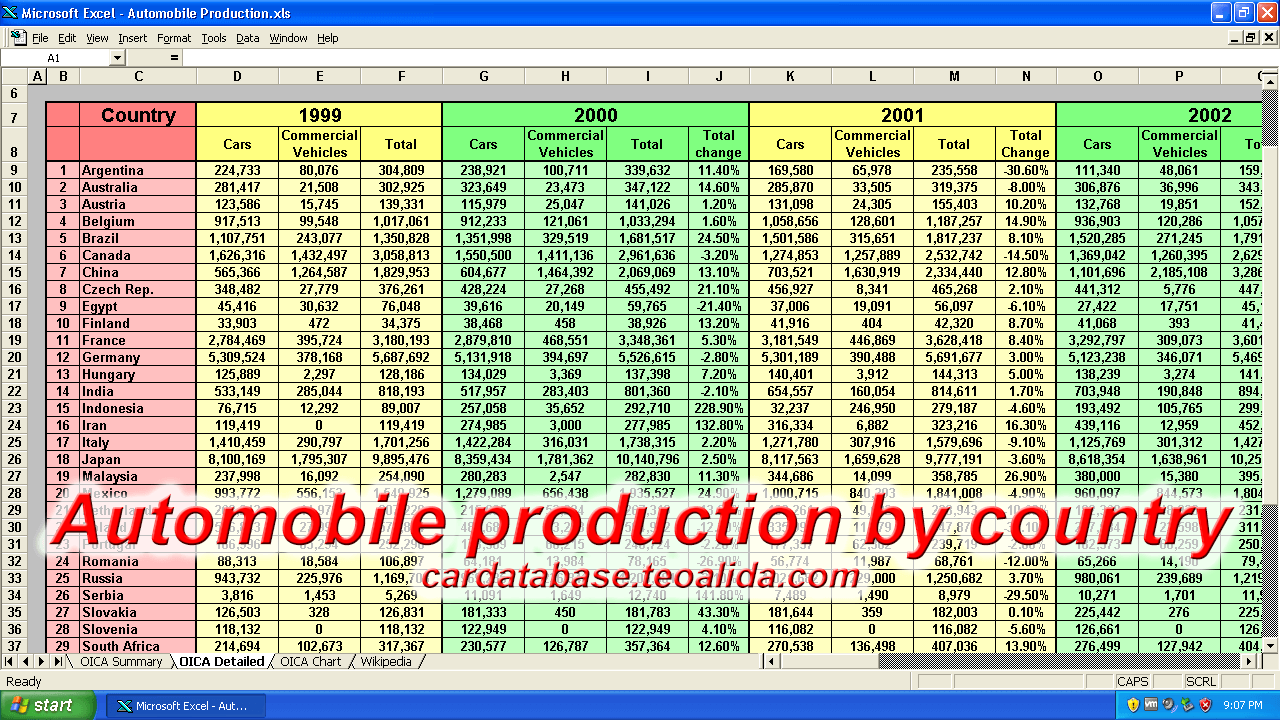 Source of data: www.oica.net, I compiled all years in one Excel table and chart for easy comparison. Data is updated yearly in March. 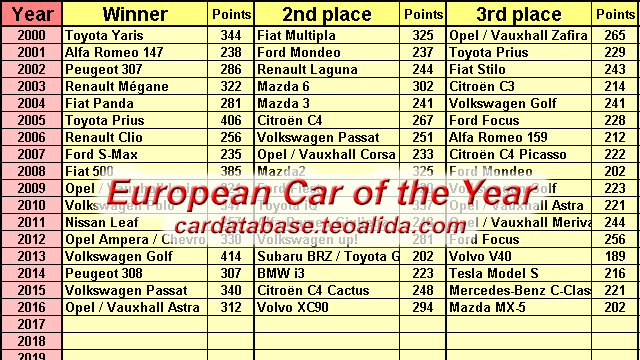 European Car of the Year, list of winners, 2nd and 3rd places for 1964-2016, plus 4th to 8th places for 2002-2015, showing number of points for each car model. Source of data: http://www.caroftheyear.org/previous-winners/, compiled in Excel for easy visualization.

Chatbot provide 24/7 instant answers to common questions, and if you need my personal answer, click “Chat with Teoalida”, I am online between 09:00 – 23:00 GMT. You can also email [email protected] or Skype

In January 2022 I got idea of changing domain name to one that define PRODUCT rather than AUTHOR name. database.world would have been ideal, but it is a premium domain that cost $5000. Suggest good domain names, or arguments if should or shouldn’t rebrand website! Read more.