Every day I am the lucky winner at an online lottery, I am eligible for a donation from a recent winner of EuroMillions, I am eligible for an inheritance, or asked to help transferring several million dollars to another country, who belongs to a recently deceased businessman, promising me a compensation of 30-50% of the total sum of money.

I get over 100 such emails per month, I occasionally answer to 1% of them with a FUNNY reply, quick, informal, fake personal info, deliberately bad grammar, being curious what they answer and to waste scammers’ time.

Funniest SCAM email replies by me 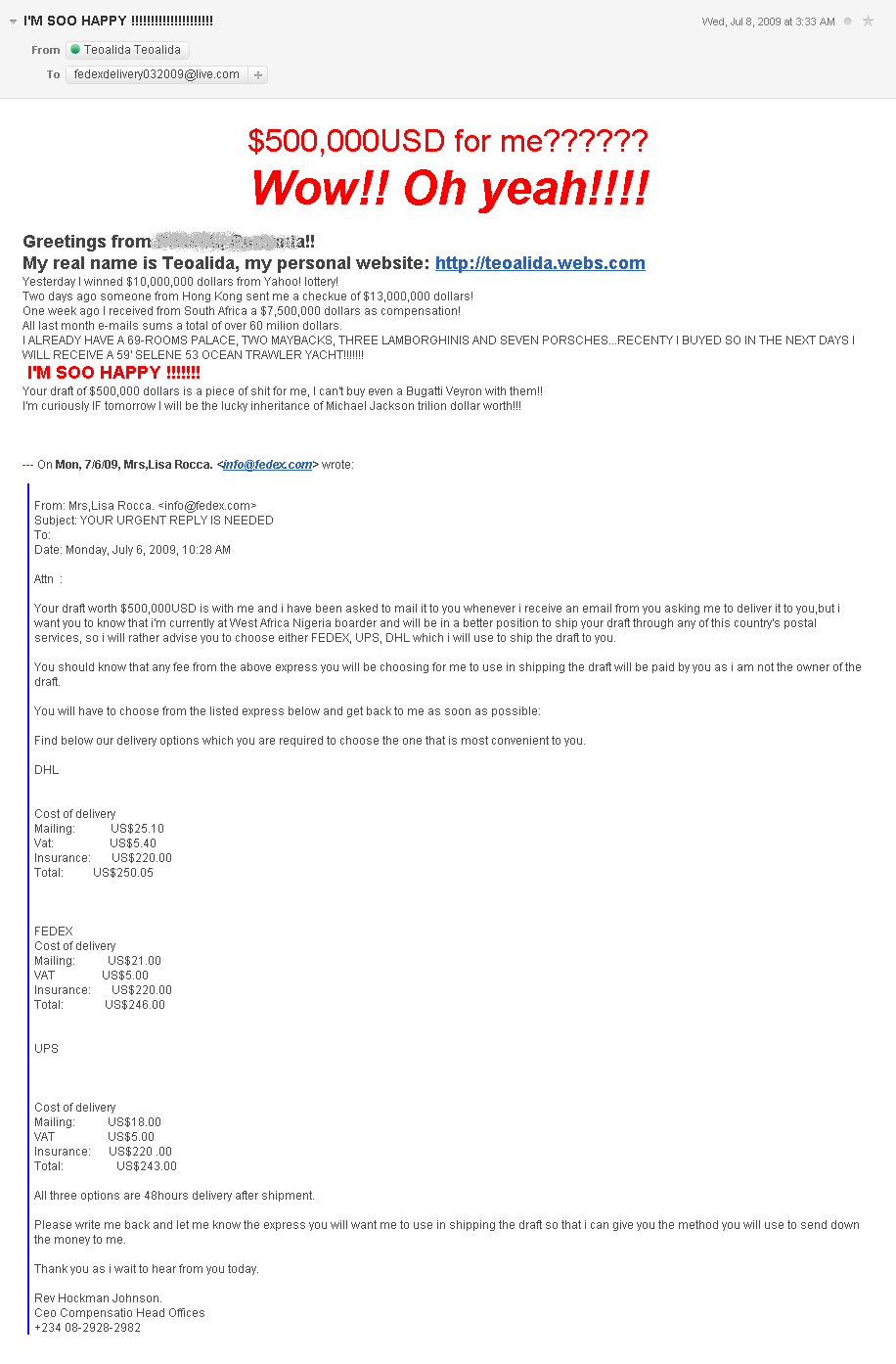 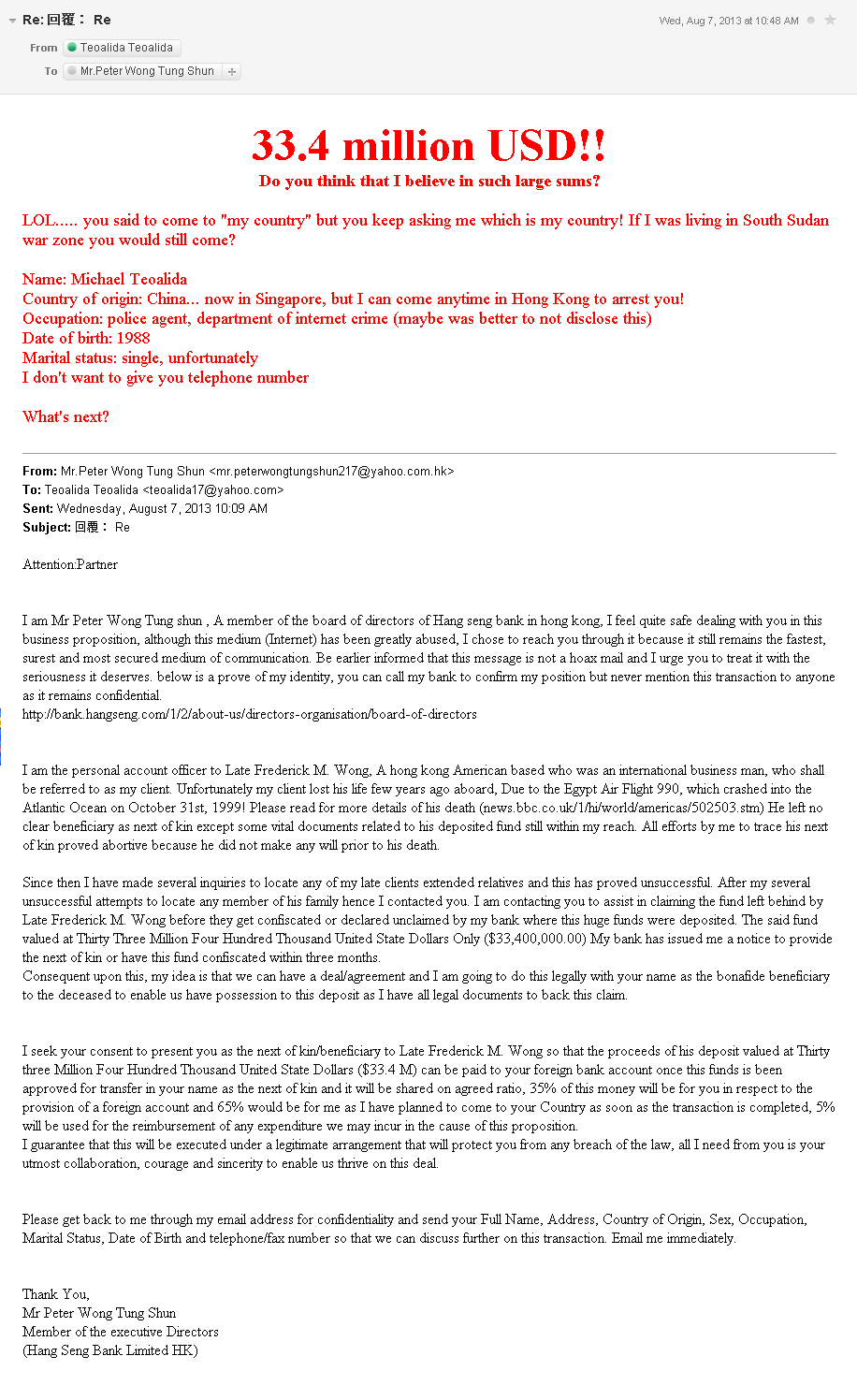 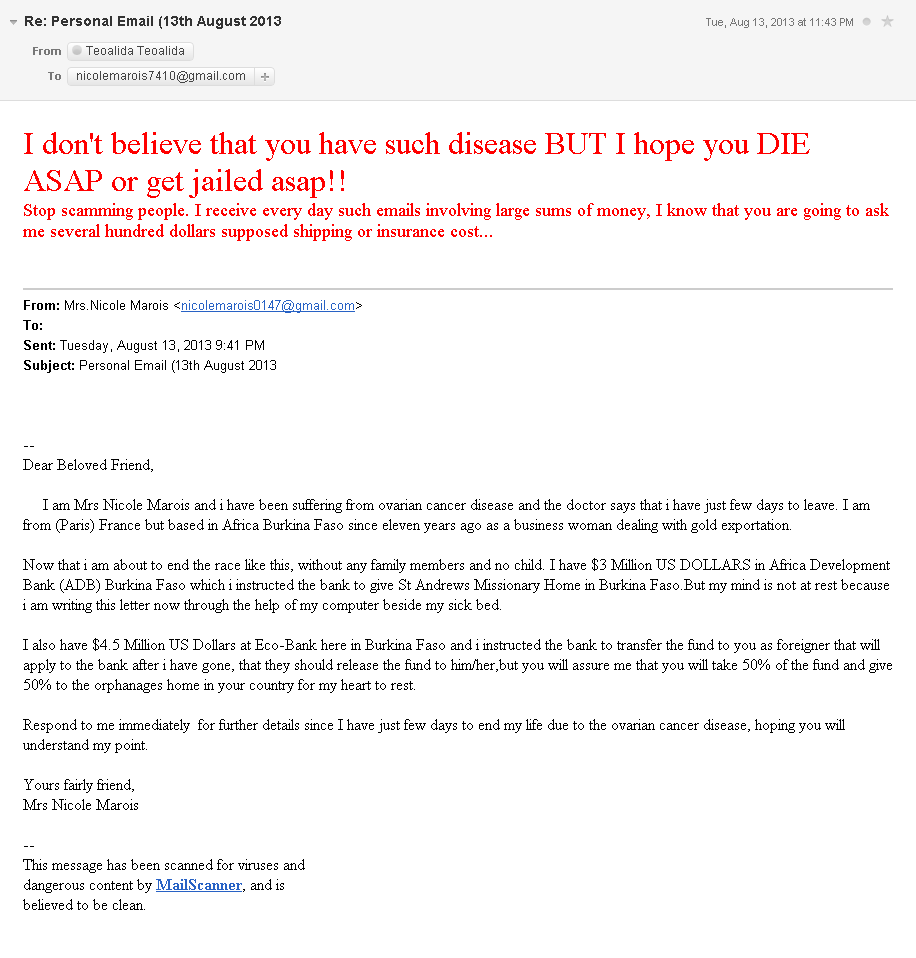 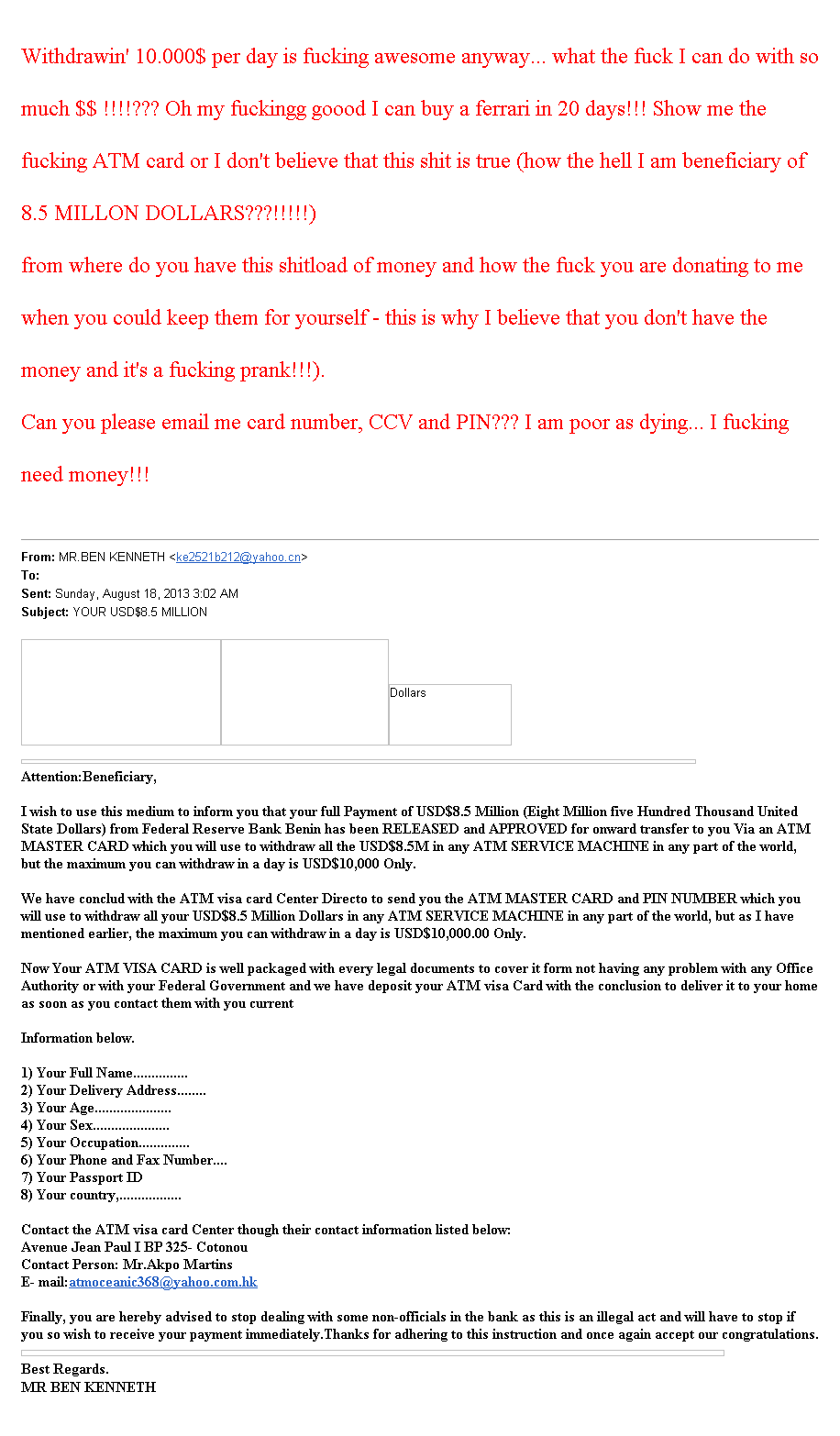 The scam emails can be easily identified as they contains a person or company name as sender, a subject like “URGENT!“, “Dearest one“, “Your funds“. “Loan offer“, “Business proposal“, “From the desk of…” (see the image at bottom of article), often written with ALL CAPS, while the TO: field is empty or something else than your personal email, the list of emails being added in BCC: field.

Unfortunately, I have answered rude to one serious enquiry, because it looked similar with the SCAM emails.
I am sorry for any possible serious enquiry that I did not answered, but deleted them believing that is a SCAM.

See also: scambaiting fun, 2 times I acted like a potential victim, to waste scammer time and for amusement.
Aisha Gaddafi (May 2012), exchanging 21 emails over 17 days.
Ayesha Gaddafi II (December 2013), exchanged 44 emails over 12 days, stupid scammer owned herself by sending me an obviously-fake ID card and also admitted that there may be scams on internet but still claiming that she is real daughter of Libyan president + funny story invented by me that I robbed a bar to get money and pay her fees.

How the scamming is done

If you are not familiar with 149 Nigerian scams:
These look like a personal email, but actually is mass mail sent to large number of people, 1-to-1 conversations began only after someone replied. The scammer tells you to contact another scammer who is pretending to be employee of a bank, and to get the prize, compensation, donation, loan, etc (usually between 1 to over 20 million dollars), you are told to pay an “advance fee” of several hundred dollars, supposedly shipping cost, insurance, tax, etc. Once the victim send the money, the scammer will ask for additional money for another tax, until the victim gets tired of losing money without receiving any prize.
For example, due to so-called banking regulations they cannot send the money overseas, but you can open an account at their bank, you are told to send also a scan of your ID card.

They are cybercriminals using multiple proxies to send emails, making police to lost their track, they ask you to send the fees via MoneyGram or WesternUnion ONLY, these services allow the receiver to pick the money just with ID card, MCTN and a password provided by sender, without having address recorded, so police can hardly identify them.
Scammers also ask for personal info and scans of ID card, which (I am not sure if) can be used to open bank account in someone’s else name, or to pick the money from Western Union sent by future victims, putting police on wrong track.

Every time when the major news websites announce that a lottery winner decided to donate a sharepart of the prize, or that a businessman has died in accident, multiple scammers pick their names. For example I have received emails from over 10 different scammers impersonating Dave and Angela Dawes winners of £101m lottery jackpot who announced that are donating a million to 20 friends.
I have no idea if anyone is enough idiot anymore to send any money to scammers, considering the amount of scam emails that we get nowadays. Any person, once he/she has “won” more than 2 email lotteries, may see the email and all further emails suspicious. Even if someone trust the emails, when you go MoneyGram or WesternUnion office, you are asked to who are you sending money and you may be told about possible scam and stopped from sending money. 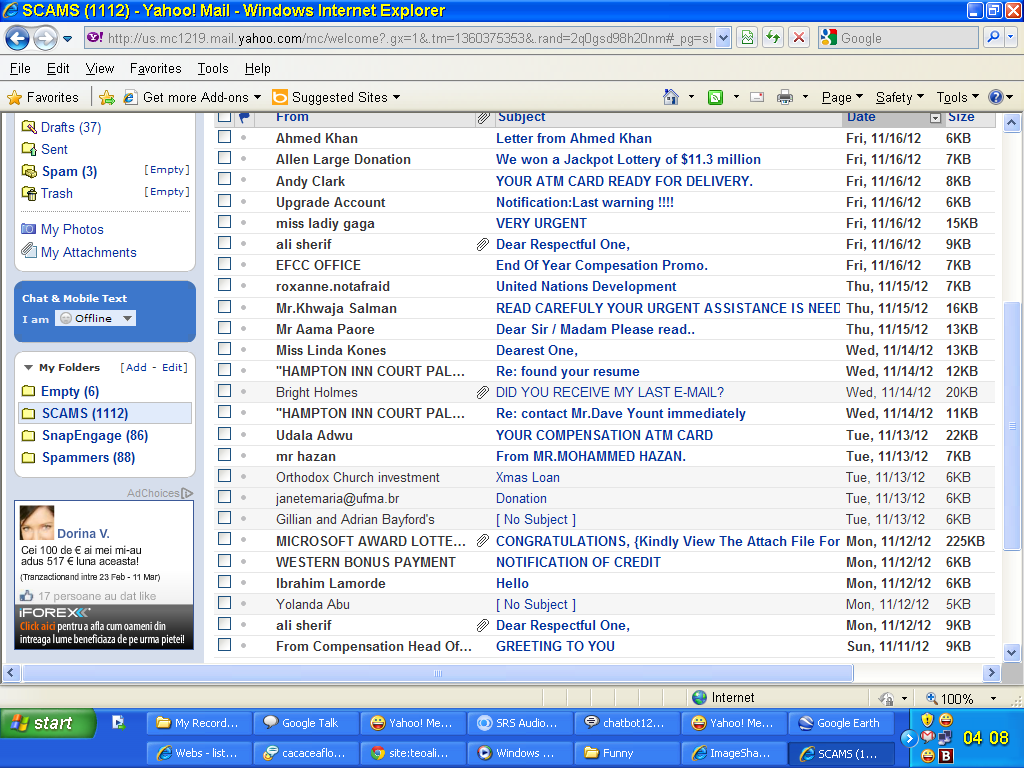