I demolished everything from original neighborhood to replace with high-density apartment-like blocks, in more different shapes and colors than in previous city IslaSegundo, plus a nice curved line of tower blocks on waterfront. The city was planned with many symmetric zones, and was completed with trees arranged in grid, and I did not used all available, build-able space on the map like what I did in previous city.

The city was built only 80% from what was planned in April 2007, and all blocks were white, but in February 2008 when I made plans for a third city on StarlingSprings map, I decided to finish the Pleasantview too, also I re-colored some blocks in red, green, blue, yellow, pink, and I added landed housing zone. 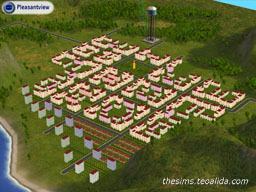 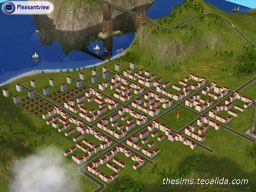 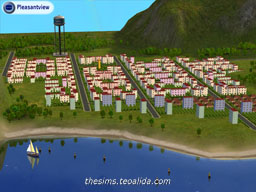 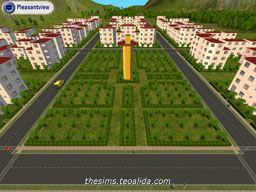 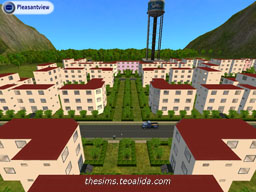 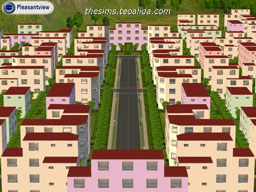 Guess how many lots have the 9×9 zone from left photo! Then look to right photo to see the answer! I arranged the blocks and trees to create apparently seamless lots. 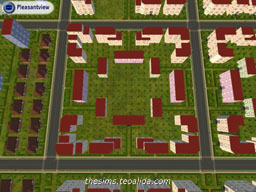 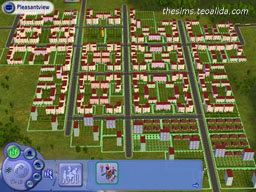 One thought on “2nd city – Pleasantview”