In February 2008 I started to built a third The Sims 2 urban town, this time by using University Expansion Pack. I downloaded few user-made maps and choose to use StarlingSprings map because is a medium-sized, flat neighborhood, with dense and regulated street network, plus a river that split the map in two asymmetric zones (the map can be downloaded from modthesims.info or gethanesims.prismbaby.com). 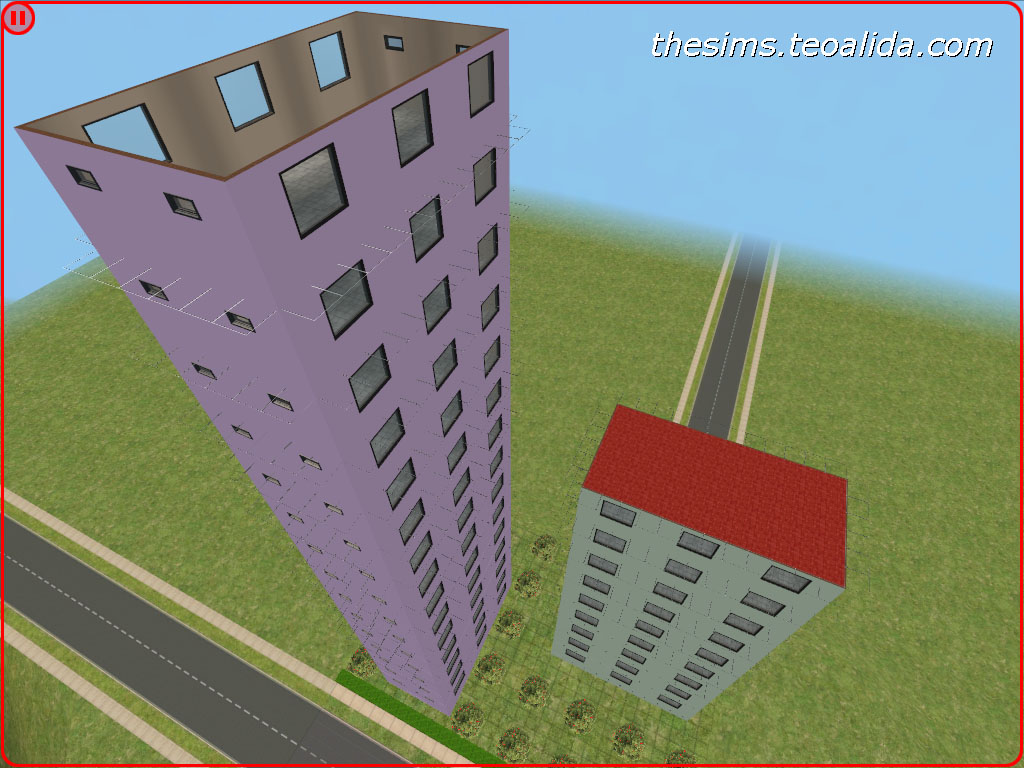 How to build taller than 5 floors

By default, The Sims 2 allow you to built up to 5 levels. This means houses like basement + 3 floors + roof or terrace. You can eliminate the basement, or built an underground floor inside basement. There is a TRICK that allow building 6 levels: put a dormer on the highest level, but this will not allow anymore stepped roofs taller than one floor.

University Expansion Pack allows to change the floor limit: press Ctrl+Shift+C when you are in Neighborhood (NOT in a lot), type sethighestallowedlevel 16 (or any number up to 255), then open any lot and you can built more levels. If the height limit was reached, just put a dormer to unlock the limit. 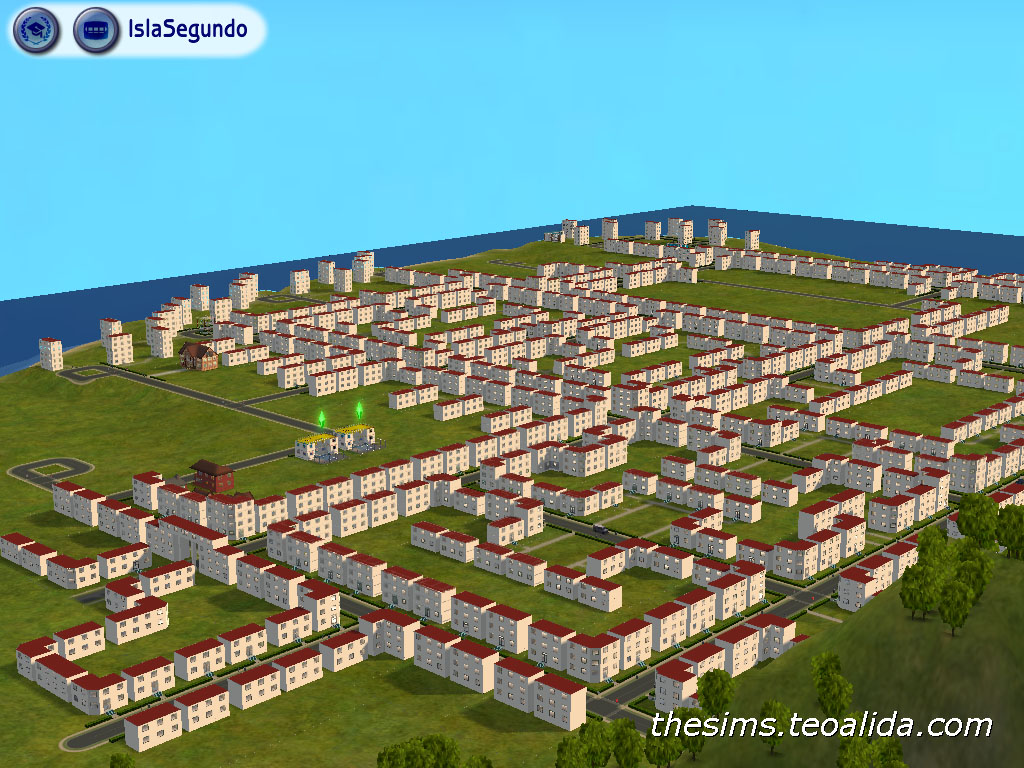 Now, with everything standardized, in November 2006 I started to build my first The Sims 2 urban town. I used IslaSegundo because it is the biggest map available in game, but after one week I abandoned the work because the city became too big, had too many lots and buildings, caused the game to run too slowly and even to crash (I had a crappy computer too, 512 MB RAM).