Now, with everything standardized, in November 2006 I started to build my first The Sims 2 urban town.

I used IslaSegundo because it is the biggest map available in game, but after one week I abandoned the work because the city became too big, had too many lots and buildings, caused the game to run too slowly and even to crash (I had a crappy computer too, 512 MB RAM), anyway the city had a ugly looking, big rows of identical building on every street (due to copying same lots for time economy) and badly arranged tower blocks on sea coast, many zones were too far from a street to be built-able, this is why I did not put trees, to prevent showing difference between spaces in a lot and spaces in empty land. 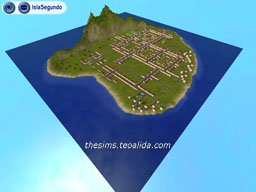 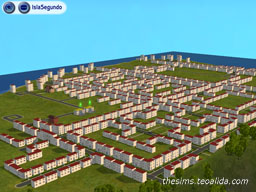 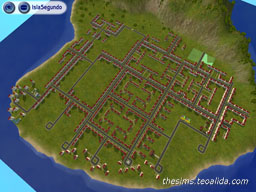 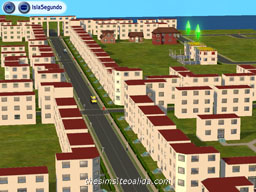 This piece of shit could had around 260 housing lots with around 700 apartment blocks, plus some landed housing areas.

Live chat customer support
10-14 hours per day, 7 days of 7. Do you need any help regarding The Sims? Do you have comments about my works? Did you found a broken link? Contact me!

Feel free to alter my furniture and decorative items to suit your Sims.

Email me only during my sleep time or if you have files that cannot be send via chat.

I reply to EVERY email next morning, but since I rarely hear replies after my reply, I believe that my emails go sometimes to SPAM / JUNK folder.

If you email me and do not receive any reply in 12 hours, check your Spam / Junk folder, and visit website again during European daytime to contact me via LIVE CHAT instead.