The interior is not furnished, except several ceiling lights added to take night shots. I do not know how to decorate a building of this size, too big even for being converted in apartment building, it is unplayable, due to its size the game runs slow like hell (at least on my computer, 2 fps at normal playing speed when entire building fits on screen). 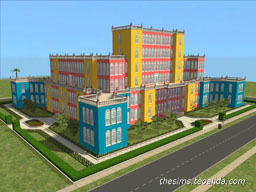 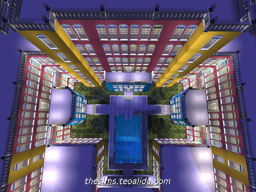 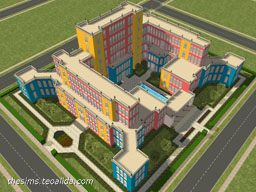 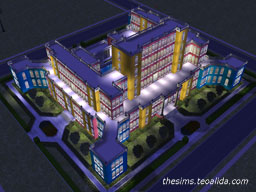 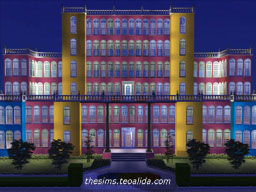 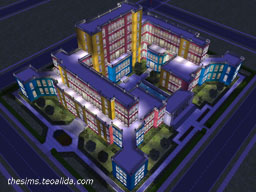 The real Palace of the Parliament is 270 meters long and 230 meters wide, 12 floors and 86 meters high, floor area of 340.000 square meters. A schematic floor plan can be seen on cdep.ro.

I counted windows and came with idea to design it in The Sims 2 as 48 squares long, 42 squares wide, 6 floors (about 18 squares high), to respect proportions. I keep correct number of windows, with a little exception: I added one more window at center on both axes, because the real building have odd number of windows on each facade.

I designed it symmetric, while the real building have slightly different north and south wings. I removed the central rooms because is not possible to make in The Sims 2 houses with courtyard, any enclosed space will be considered indoor even if have no roof. 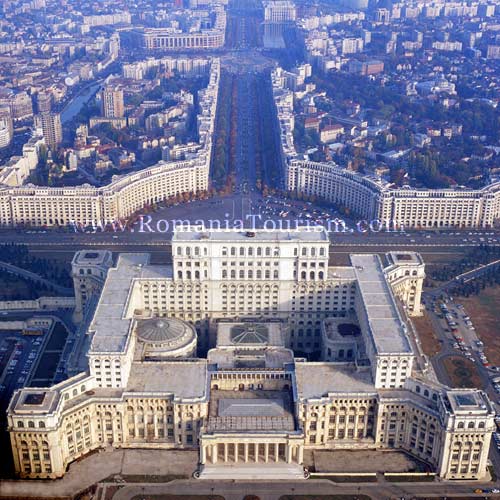