I started making prank calls to police and fire services. Normally they would fine me with $500 for calling when there is no emergency, but I was curious… what does happen if I do not have money?

I was surprised to see that fireman takes some of my furniture, but policeman did not take anything, he rather stay in my house, sleep in my bed, pee on the floor, serving food made an extra dish for him, etc, but I could not interact with him.

Incidentally, I was using a tiny 1×2 lot, where only one car at time can arrive.

I neglected my child and it became uncontrollable, but social worker could not arrive because the police car occupied entire street.
Weeks later, I decided to set the stove on fire. The fire alarm rings, but firetruck could not arrive. Policeman has been killed in fire and (finally) the police car disappeared. As the street was cleared, firetruck arrived and extinguished the fucking fire, arrived as well the social worker, delivery van, repo man, etc.

I kept making prank calls, until fireman had nothing else to take from my home. Right before the last sim died by starvation, I trowed a party and called fireman once again.

The lot has been saved (supposedly empty), so I moved another family in it, they found the on-going party plus the fireman, now I could interact with fireman and became friends… LOL!!

I called fireman once again, that’s why you can see 2 firemen in this photo! 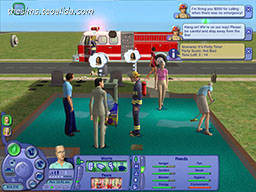 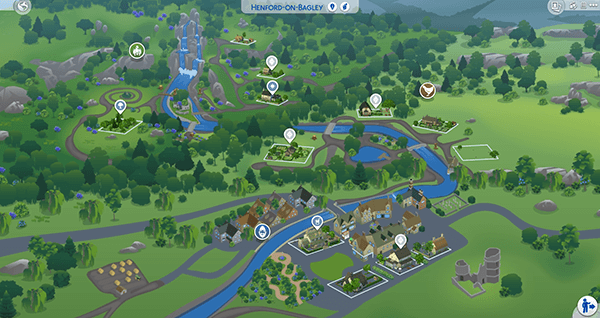