Japan is one of the best places to live, the economy boomed after World War II but since 1990s the rising was very slow, it is still one of the most advanced economies in the world, highest standard of living, where everything run as it should, BUT… Japan is also one of the ugliest of all developed countries. They simply suck at architecture and urban planning. Except the skyscrapers in downtown, Tokyo skyline is dominated by ugly dense buildings and lots of cables hanging on streets. 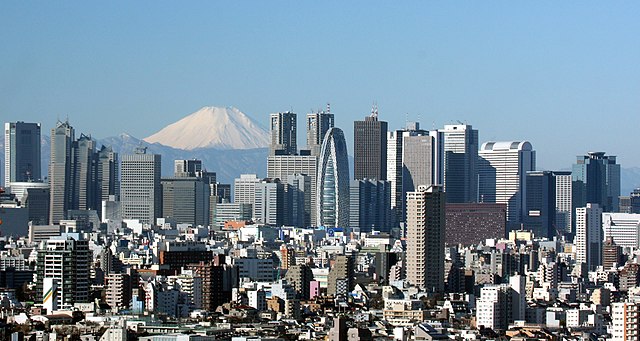 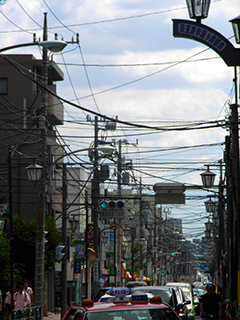 Most Japanese live in extremely dense detached landed houses. Residential roads (even 2-lane ones) are 4-meter width, no sidewalks, and are occasionally blocked by poles for power lines. Two cars cannot run in parallel over all length of street, but can pass along each other in certain places.

Apparently there is no rule about minimal distance between buildings, I heard of a 50 cm rule, but in most cases houses are 2 meters each other. The housing density reaches 40-50 houses per hectare, a world record for detached houses.

I love Korea much more than Japan, because Korea have over half of population living in large apartment complexes with a lot of green space around. China and Singapore are also dominated by apartments. Can anyone tell me what is better in Japan compared with nearby Asian countries?

Average home size in Japan is 95 square meters, share of detached houses is 56% (44% are apartments and terraced/semi-detached (rare in Japan), average home size varies across the country, depending of share of detached houses, from 65 sqm in Tokio which have plenty of apartment buildings, to 150+ sqm in small cities, according Demographia page (2003 data), average 37 sqm per capita according another Demographia page (1998 data). 60.9% of homes are owned, average owned home is 121.7 sqm according Wikipedia. Can someone clarify me if these numbers include walls and balconies?

Japan urban planning is done nationwide with only 12 zoning types, ranging from residential to industrial.

Public housing in Japan, danchi apartment buildings, are built by Japan Housing Corporation since 1955 aimed to poor people, corridor-style and staircase-style (2 units per floor), rows of identical buildings, oriented with front facade to south, with 4 or 5 floors, most are already demolished today or will be demolished next decade. New danchis were built, taller and with more modern apartments. All danchi apartments come with balconies, and unlike other countries, no balcony is closed (is this a law?).

By measuring the blocks in Google Earth’s satellite photos, I estimate that the common apartment size is 60 sqm 2-bedroom and 80 sqm 3-bedroom (few), but the internet shows apartments small as 3 sqm, I do not know where they are located (apartment only contain a folding bed, toilets are shared). 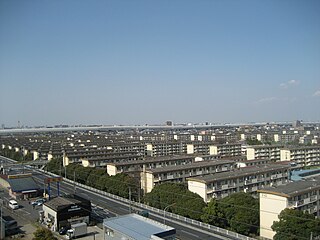 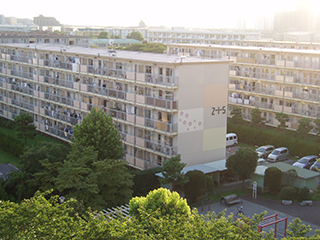 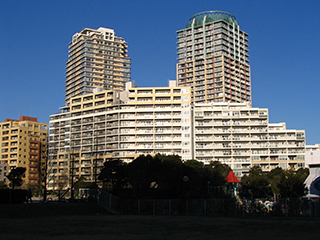 Private housing in Japan is composed by landed houses, mostly in 100-200 sqm range, 3-4 bedrooms, with few exceptions (sometimes 2 houses crammed on one lot), and small apartment blocks, having units much smaller. Seems that Japanese people are conservative, making economy and not building bigger things than is necessary, same thing is true for cars too.

Most houses are made of wood and are not designed to last, there is common that when a property is transacted, the buyer does buy just for land, demolish the house and rebuild another. 80% of houses are less than 30 years old. Source: freakonomics.com.

Wooden buildings are allowed to have a maximum of 2 floors, some houses are built on top of a basement floor that include parking lot (especially on hills) and others are made completely of brick and concrete. 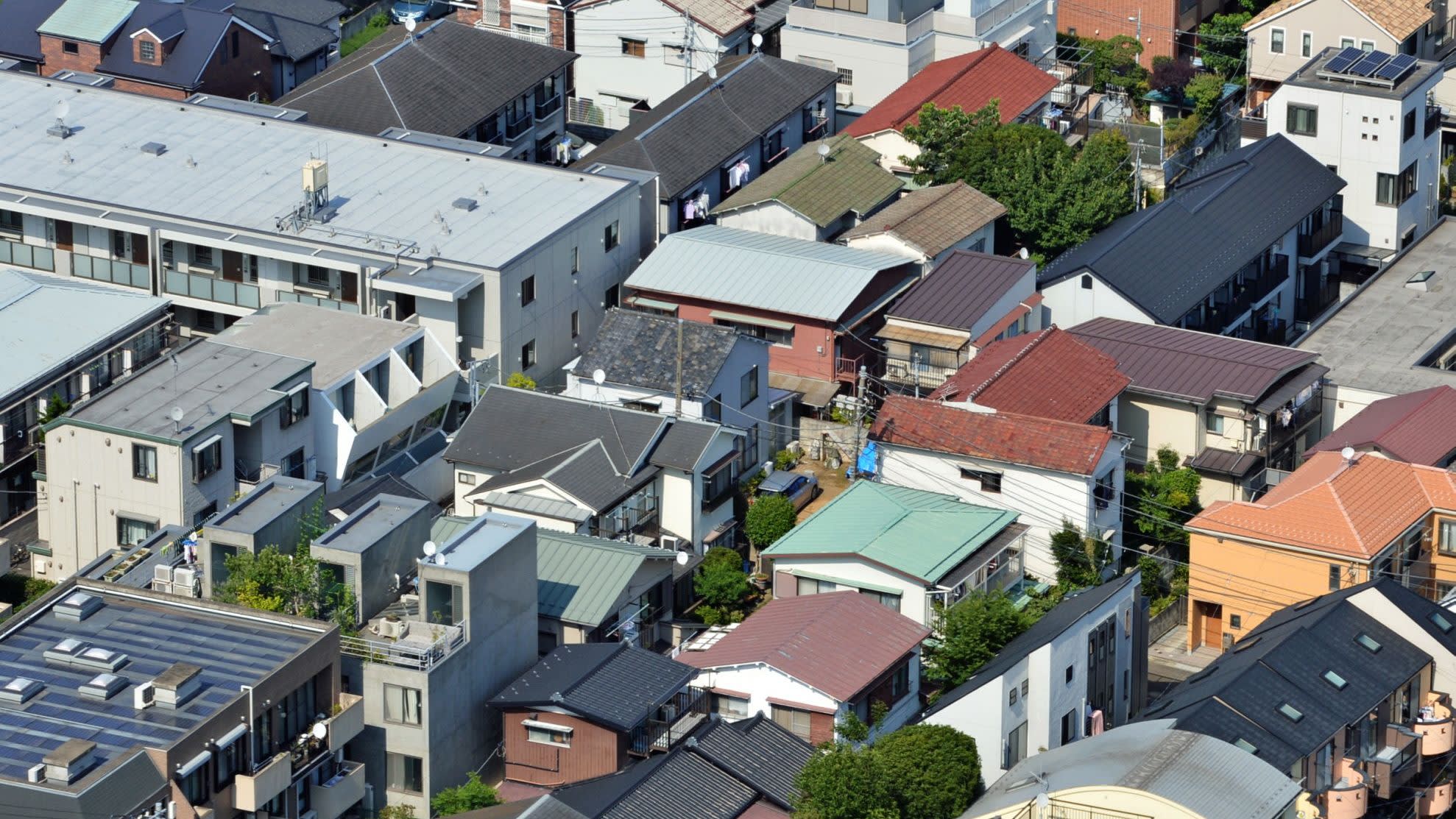 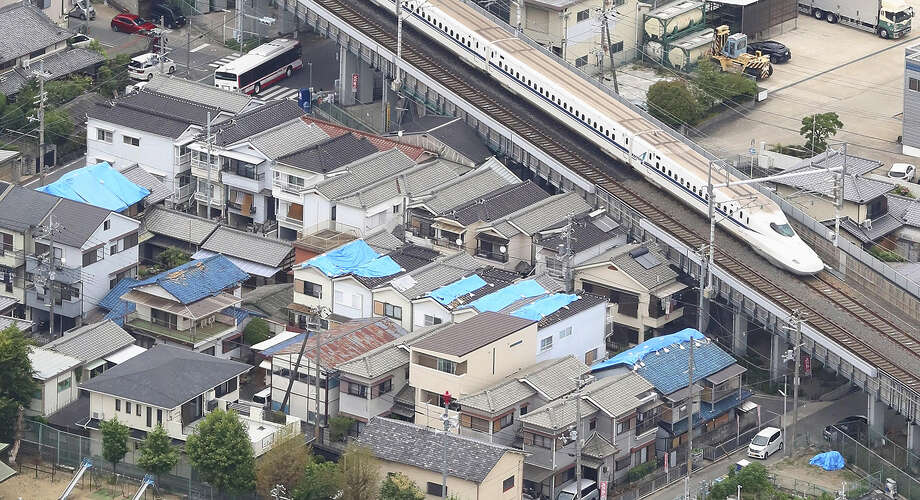 Here is a neighborhood that actually look nice (Urayasu, Chiba Prefecture), grid housing lots, not messy like above ones

View from Tokyo Skytree: a mess of houses, apartments and office buildings

Japan is pioneering in high-speed trains. Shinkansen began service in 1964 from Tokyo to Osaka (515.4 km), today the network have 2,764.6 km of lines with maximum speed of 240-320 km/h. Shinkansen network had the highest annual ridership of any high-speed rail network until 2011 when Chinese high-speed railway took the lead.

Japan is the world leader in car manufacturing, overtaking United States since 1973, if the light trucks are included, United States overtook back Japan for short periods during 2000s. But in 2010 Japan lost the title in favor of by China. Since 1990s, Japanese cars are recognized as most reliable in the world.

Japan car market is most regulated in the world, it is the single country where cars are taxed by dimensions (and I appreciate this!). Since 1951 or 1955 (contradictory sources) 3 classes for car tax were defined:

So most car models manufactured in Japan for domestic market stick under these limits, while car models exported are bigger even if they wear same name. These rules allow two cars to pass along each other on typical residential roads that are 4 meters wide. However, since 2000s Japanese manufacturers launched more and more car models that exceed the limit of compact cars especially in width, to compete with boom of imported models which are wider. If 30% of cars sold in United States are from Japan manufacturers, only 0.3% of cars sold in Japan are made by US manufacturers (source: this video).