After several critics regarding Palace II‘s lack of elegance, and Palace I‘s messy floor plan, too few rooms, non-rectangular rooms and bad interior design, I decided in April 2013 to build a new The Sims model of Trianon Palace from Floresti, Romania, built by Cantacuzino Family in 1910 and abandoned (more details).

I broke my personal record of the most expensive house in The Sims 2. I have playtested it and modified it twice in May and for third time in July, before publishing on my website, to be sure that will be awesome. 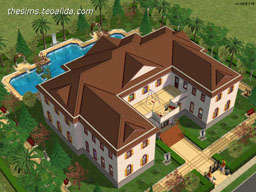 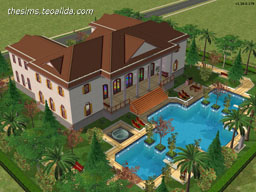 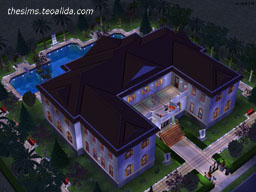 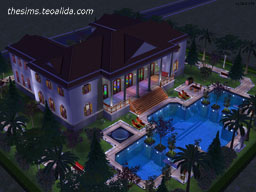 This time I slightly broke away from the design of the real palace, I changed building shape, for enhancing its beautifulness and help the furniture layout, I have put trees all around the pool (the real palace have no tree around fountain), and compared with the 2009 Palace, the building grew 2 squares in width and 1 square in depth, and got 6 extra rooms.

There are now 19 rooms in total: 4 bedrooms, 4 bathrooms, 1 HUGE ballroom, 6 additional rooms, 4 hallways. All rooms are connected with double doors to prevent traffic jams, as it is designed for large families of 8 sims.

The sun is now from street side (because the back terrace was anyway in darkness due to roof).

WARNING: I do not recommend this building for normal playing, it is HUGE and inefficient like how beautiful it is, send Sims in bad mood due to time wasted walking around. Also beware of utility bills, they cost about $1200. 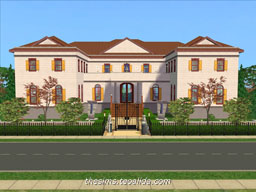 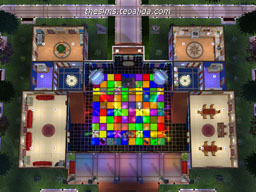 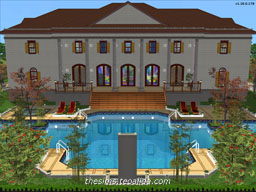 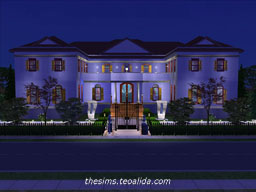 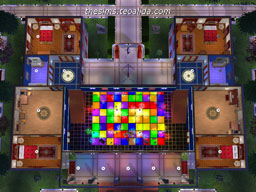 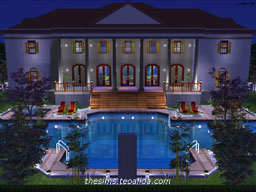 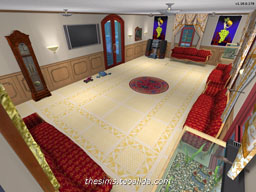 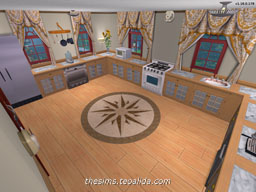 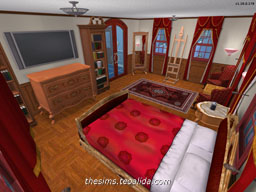 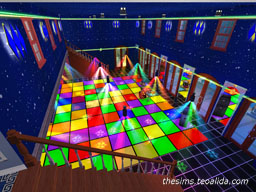 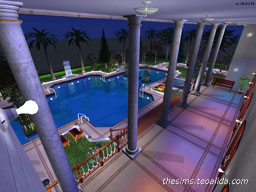 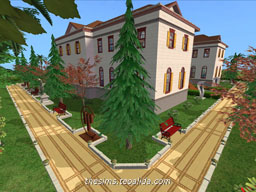 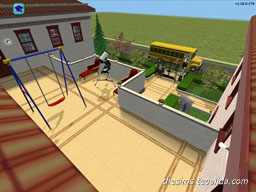 The REAL palace I inspired my The Sims 2 palace from

Construction started from 1907, it was abandoned after World War I while still being under construction, windows and interior finishes never done, it was destroyed by 1977 earthquake when 4 of its 5 chimneys collapsed over internal walls, but major destruction occurred after fall of communism in 1989 by local people stealing bricks from internal walls, leaving only exterior marble walls standing. Read more on Palace Trianon Floresti page. 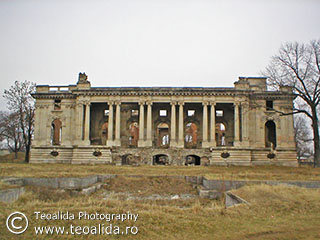 Live chat customer support
10-14 hours per day, 7 days of 7. Do you need any help regarding The Sims? Do you have comments about my works? Did you found a broken link? Contact me!

Feel free to alter my furniture and decorative items to suit your Sims.

Email me only during my sleep time or if you have files that cannot be send via chat.

I reply to EVERY email next morning, but since I rarely hear replies after my reply, I believe that my emails go sometimes to SPAM / JUNK folder.

If you email me and do not receive any reply in 12 hours, check your Spam / Junk folder, and visit website again during European daytime to contact me via LIVE CHAT instead.